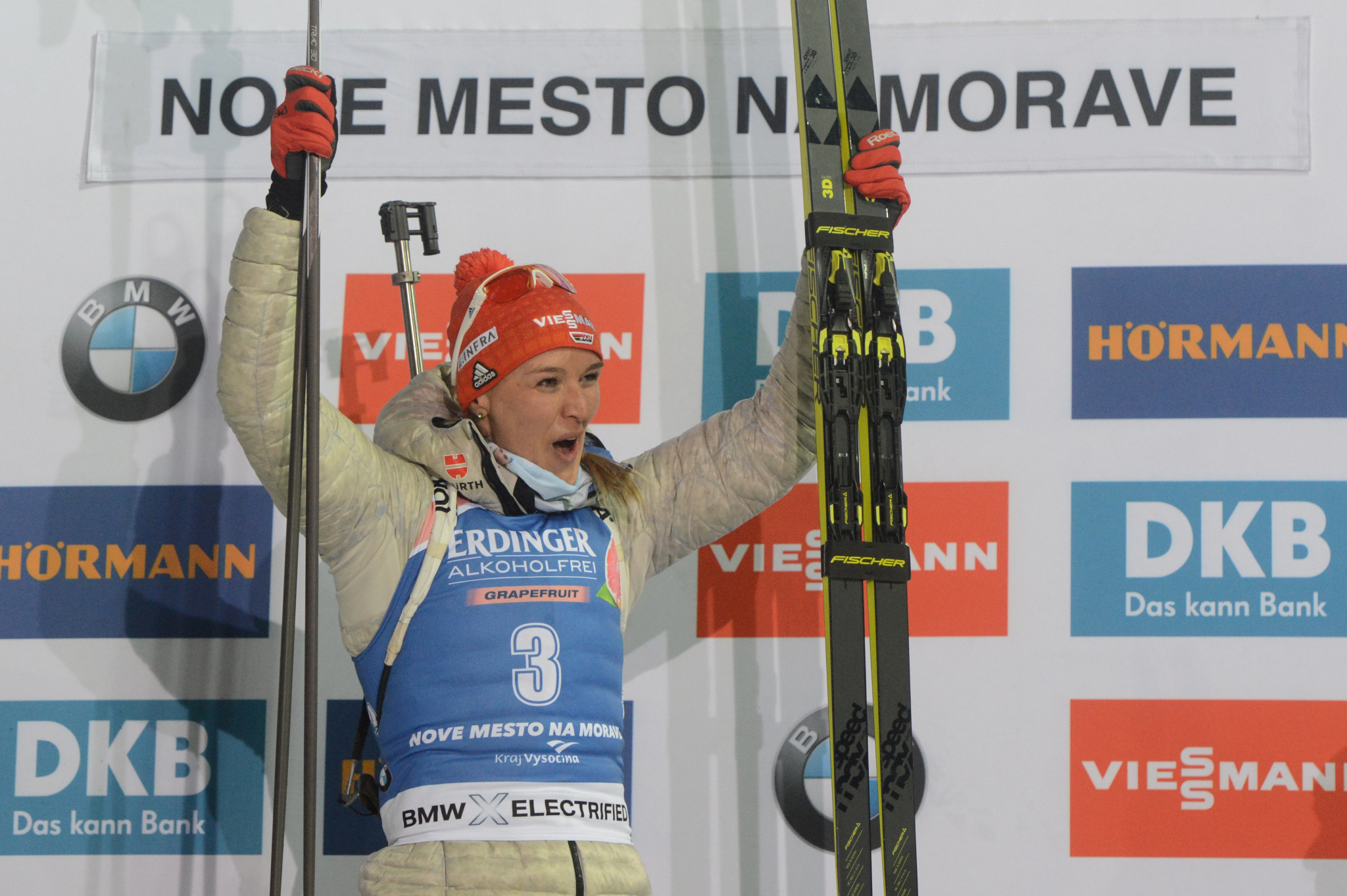 The 31-year-old shot clean on her way to clocking a time of 18 min 51sec in the Czech town.

Rounding off the podium, 49.7 seconds back was home athlete Markéta Davidová with one penalty.

Victory for Herrmann is the sixth of her career on the IBU World Cup tour and second this season, following her women's 15km individual win in Pokljuka in Slovenia in January.

"It was a fantastic race," she said.

"I was focused to hit the targets."

Congratulations to the top 3 in the #NMNM20 women sprint! First place for 🇩🇪Denise Herrmann @skiverband, second for 🇫🇷Anais Bescond @FedFranceSki and third for 🇨🇿Marketa Davidova. You can watch the race again on https://t.co/MSJYx30KUx pic.twitter.com/pmeV341oMq

Italy's Dorothea Wierer remains top of the women's overall standings on 736 points, despite finishing way down in 24th place today.

Sweden’s Hanna Öberg is second with 651 points, while Norway’s Tiril Eckhoff is third with 647 and Herrmann is fourth with 631.

The four-day event in Nové Město na Moravě has been closed to the public because of the coronavirus outbreak.

Action is due to continue tomorrow, with the men's 10km sprint competition scheduled to take place.