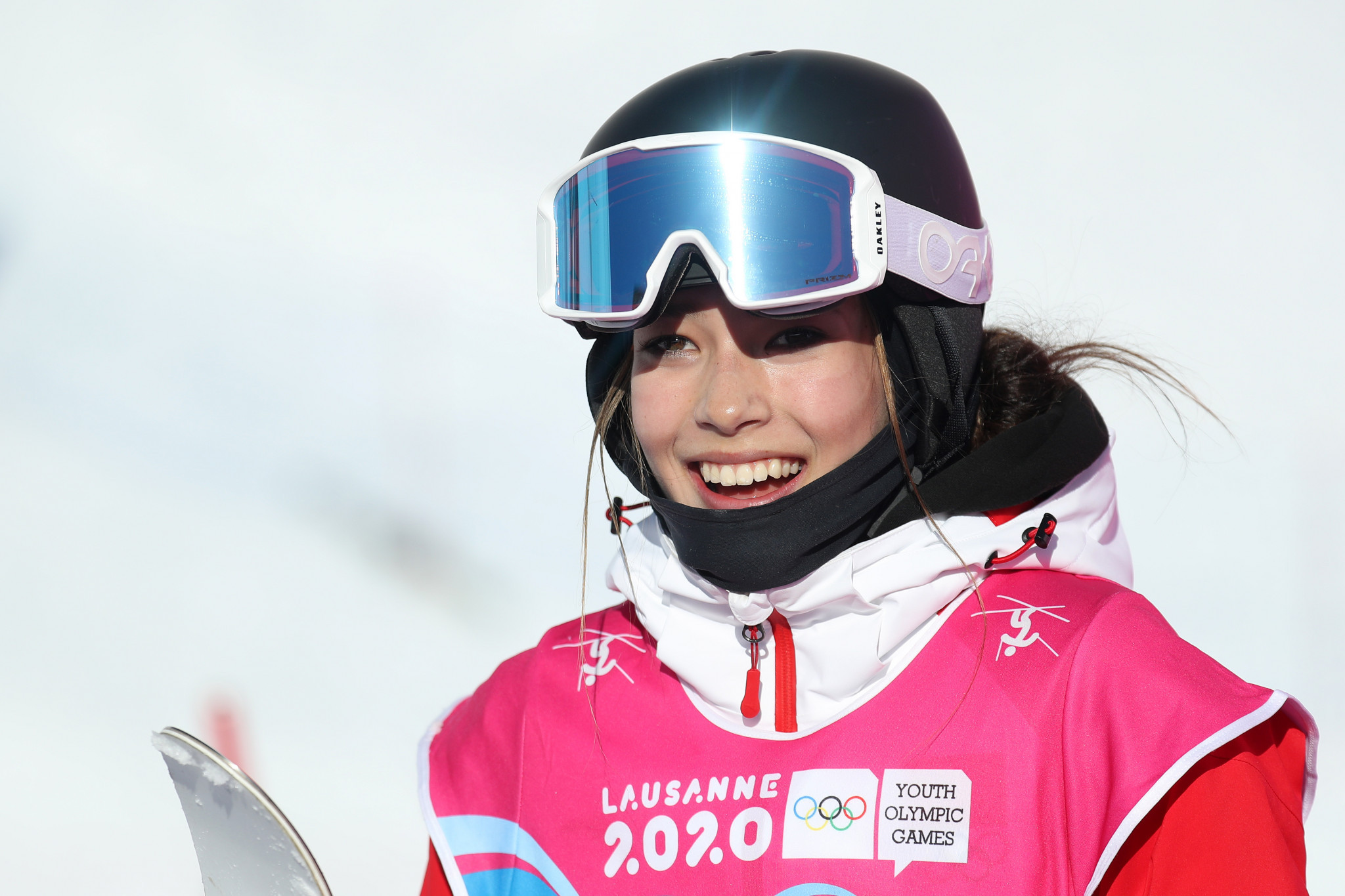 The Chinese skier won the halfpipe title at Canada Olympic Park yesterday and repeated the trick in a different discipline.

She is the first athlete to win back-to-back World Cup titles in different events at the same venue.

Her winning effort today came in her second run and included a perfect right 900 tail as she scored 89.18 points.

The teenager was born in the United States but is now a huge prospect for China, where her mother was born, before their home Beijing 2022 Winter Olympics.

She won two gold medals at last month's Winter Youth Olympic Games in Lausanne, in the big air and halfpipe, as well as a silver in slopestyle.

"I try not to take anything for granted," said Gu.

"Last night was incredible and I really didn't expect that win, and today I think I expected it even less.

"I really just came in trying to do my best and ski the way I knew I could.

"Skiing my best is really the best part of this, and being rewarded for it just makes it even better."

Oldham won the overall World Cup title in slopestyle last season but there will be a new champion this term with just one event to go.

There are 100 points available for a World Cup victory with Norway's Johanne Killi third on 154.

In the men's event, Switzerland's Andri Ragettli won his second World Cup in a row to claim the overall lead.

He scored 88.73 on his second run to add to his victory last time in Mammoth Mountain in California.

It has seen him take top spot from compatriot Fabian Bösch, the big air world champion.

"I had a couple of mistakes in my first run and knew I had to be better," Ragettli said.

"It was actually windier in my second run and more difficult, but I knew when I landed my last jump that I was going to improve my score.

"I was hoping to jump into first and that's exactly what happened.

"This puts me in a good place to win my fourth crystal globe and I hope I can do it."

Americans Colby Armstrong and Nick Goepper ended second and third with respective scores of 88.60 and 86.36.

Ragettli has 265 points in the World Cup standings with Stevenson now second on 220.

The World Cup season will conclude in Silvaplana in Switzerland on March 21.