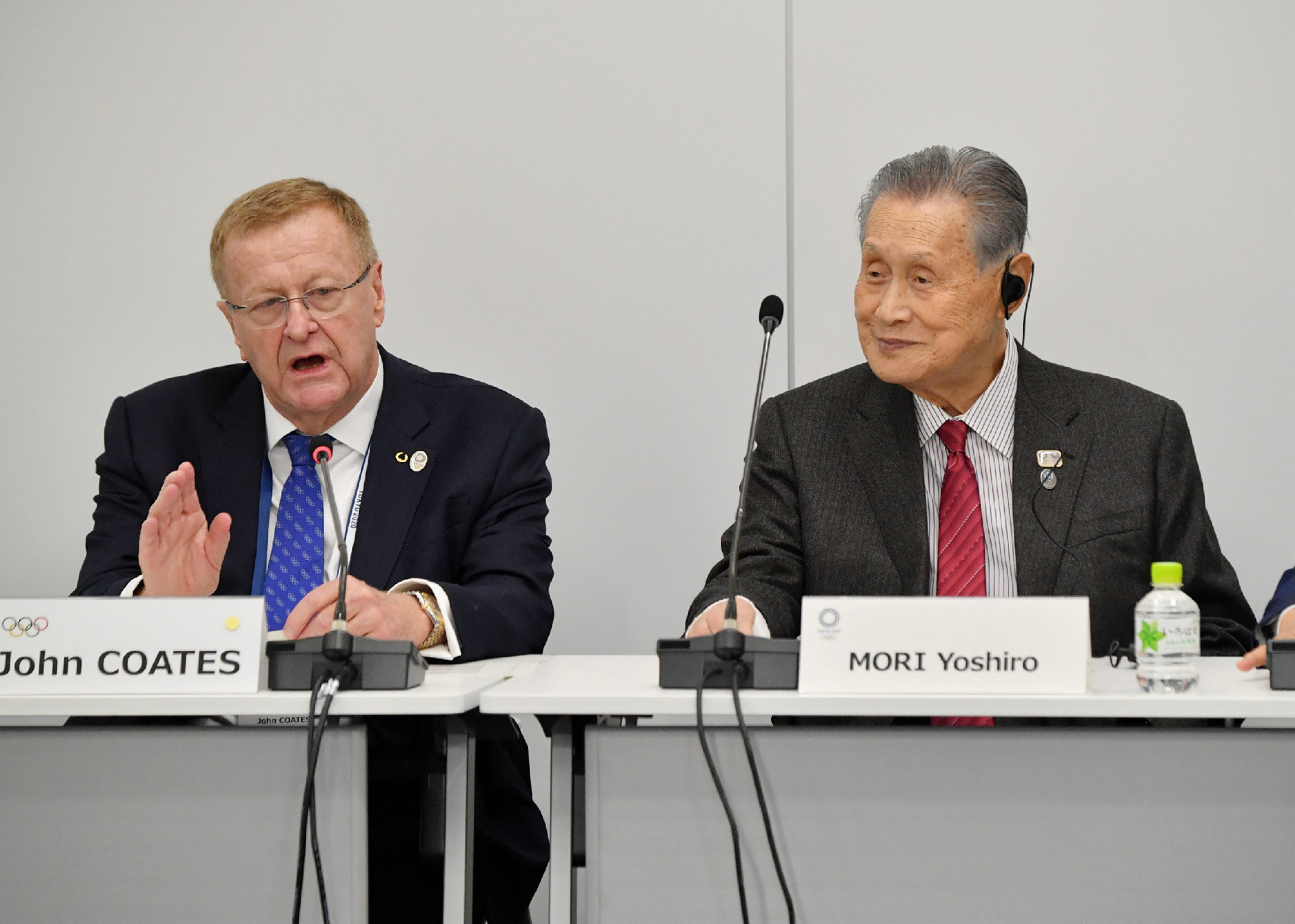 Tokyo 2020 President Yoshirō Mori has labelled suggestions this year's Olympics and Paralympics could be cancelled because of the coronavirus outbreak as "irresponsible rumours" and reiterated his insistence that the Games will go ahead as planned.

Speaking during the latest International Olympic Committee (IOC) project review of Tokyo 2020, Mori said organisers "would like to make it clear again that we are not considering postponing or cancelling the Games".

Concerns over the impact of the virus, given the official name of COVID-19 by the World Health Organization (WHO), on the Games in the Japanese capital have grown in recent weeks.

But Tokyo 2020 officials have repeatedly stressed the Olympics - due to begin with the Opening Ceremony in 162 days on July 24 - and Paralympics will take place as scheduled.

More than 1,350 people in neighbouring China have been killed by the virus, which originated in Wuhan, while there are thought to be almost 60,000 infections in total.

Japan today confirmed its first death from the virus, while 247 cases have so far been reported in the country.

The outbreak has forced the postponement of numerous sporting events, including the Formula One Grand Prix in Shanghai and the World Indoor Athletics Championships in Nanjing.

Events in several sports, including Olympic qualifiers, have either been cancelled, postponed or moved out of China because of the virus.

It has also prevented Chinese athletes from travelling to events outside of the nation, which could curtail their presence at Tokyo 2020.

Tokyo 2020 Athletes' Village Mayor Saburo Kawabuchi conceded during the project review meeting that organisers "don’t have any clue when this issue will be resolved".

"The biggest concern is the coronavirus and the infection," he said.

"Based on various pieces of information we receive, it seems that this virus is not as strong as the influenza virus.

"The virus is susceptible to humidity and heat.

"In Japan, we have the rainy season which could defeat the virus."

The meeting is being attended by senior IOC member and Coordination Commission chairman John Coates, while IOC medical and scientific director Richard Budgett is also present.

The IOC is expecting regular updates from organisers and the Tokyo Metropolitan Government regarding the virus so they can see the "necessary precautions that are being taken", Coates said.