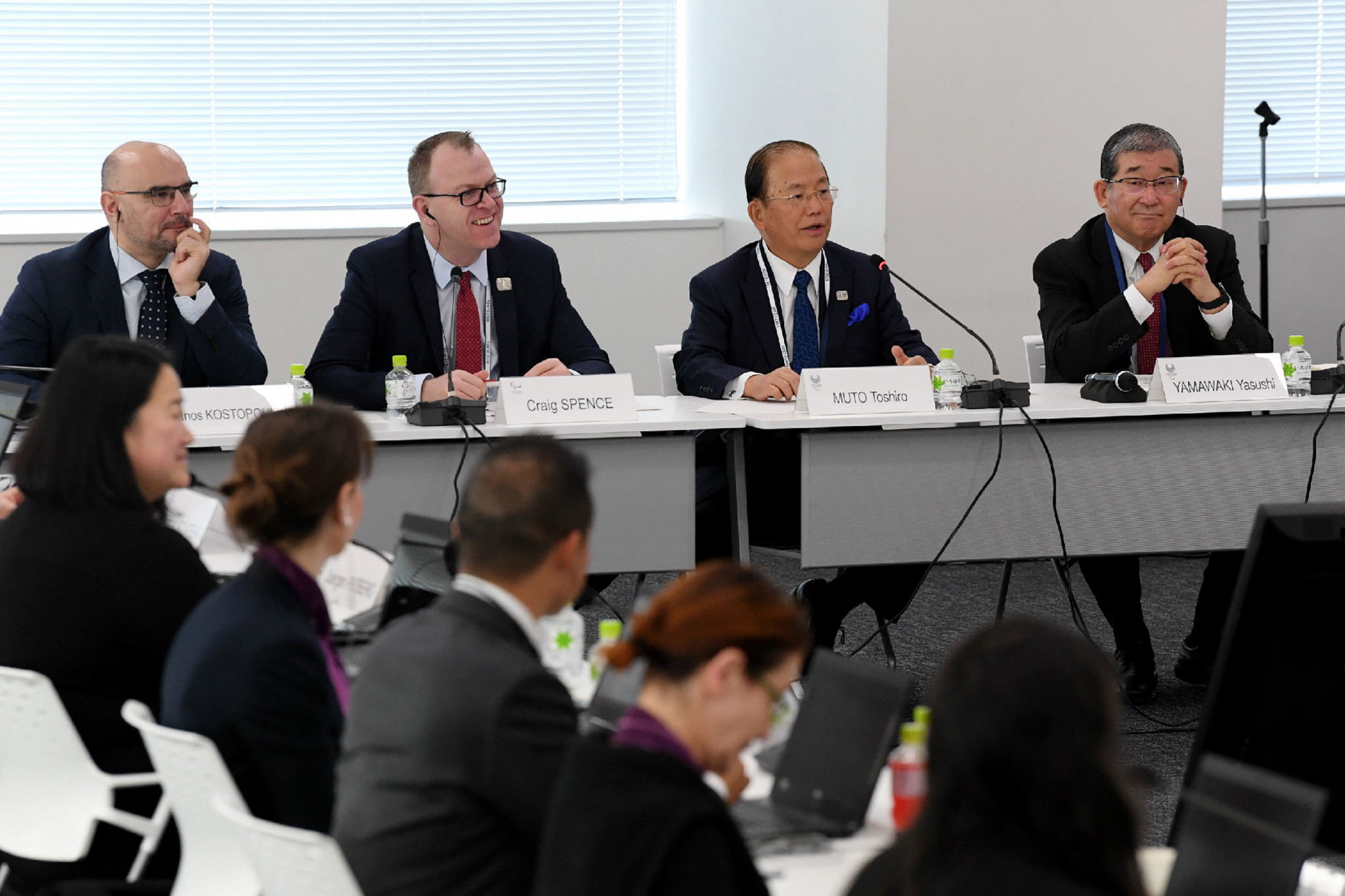 The International Paralympic Committee (IPC) believes that coronavirus has so far had "minimal impact" on planning for Tokyo 2020.

Delegates discussed the outbreak as part of the three-day IPC Project Review, which ended today in the Japanese capital.

Japan is one of 28 countries with confirmed cases of coronavirus, which originated in Chinese city Wuhan.

Numerous sporting events have already been postponed or cancelled in China, but Japanese Prime Minister Shinzō Abe has moved to allay fears that the virus could put Tokyo 2020 at risk.

This is despite German Olympic Sports Confederation President Alfons Hörmann describing the outbreak as the "greatest threat" to the Games.

The chief executive of Tokyo 2020, Toshiro Muto, reportedly said that he was "seriously worried" about possible disruption yesterday.

He today appeared to take a less dramatic approach.

Craig Spence, the IPC's chief brand and communications officer, said his organisation wanted to reassure about any potential impact on the Paralympics, which will take place between August 25 and September 6.

"The outbreak of coronavirus so far has had minimal impact on Games preparations and both the IPC and Tokyo 2020 are going about our plans as expected with athlete health and well-being remaining our top priority," he said.

"When it comes to the virus, it must be stressed that neither the IPC or Tokyo 2020 are the health experts, our job and focus is organising the Games.

"The experts are the World Health Organization (WHO) and other relevant national authorities, and we will continue to have regular dialogue with them and follow their advice.

"Although the latest WHO statistics detailing the numbers known to be infected by the virus outside of China are still relatively small, we would not be doing our job properly if we are not prepared for every eventuality.

"We are therefore encouraged that Tokyo 2020 has established an internal task force on what measures may need to be taken should this virus continue into the summer.

"We are also fully reassured that the relevant Japanese authorities, as well as the WHO, will take all necessary measures to address the ongoing situation.

"What is important now is that we put this outbreak into perspective in terms of cases and try to calm people's fears.

"Fear spreads much faster than any virus and currently, according to the WHO, there are less than 200 reported cases outside of China."

The WHO has declared the virus a global health emergency.

More than 550 people have now died and there are 28,000 cases in all, with the vast majority in China.

The IPC declared themselves "encouraged and confident" about Tokyo 2020 preparations at the Project Review, with tomorrow marking the 200-days-to-go milestone.

A site visit was made to the new Olympic Stadium and the National Paralympic Committees of Britain, Canada and Japan gave their input.

"We have been greatly impressed by the progress made by Tokyo 2020 in many areas since our last meeting in December and continue to be blown away by the interest the Japanese public is showing for the Games," said Spence.

"One area where we have witnessed significant progress is accessible transport, which is essential for all stakeholder groups at the Paralympics, especially the athletes.

"There is still some work to be done, especially around transport for Ceremonies, but I am pleased the team are very much now on the right track.

"A focus area for the Organising Committee between now and May's final Project Review is transition planning, the period between the end of the Olympics and the start of the Paralympics.

"The transition period is vital to get right, not just in terms of venues, but in terms of all functional areas."

IPC President Andrew Parsons has predicted that Tokyo 2020 will be a sell-out after record interest in the domestic ticket lotteries was reported.

A major issue in the build-up to the Games is the status of wheelchair basketball, one of the most popular Paralympic sports.

The IPC has warned the International Wheelchair Basketball Federation that the sport will be removed from the Tokyo 2020 programme unless the governing body implements an action plan to improve athlete classification by May 29.