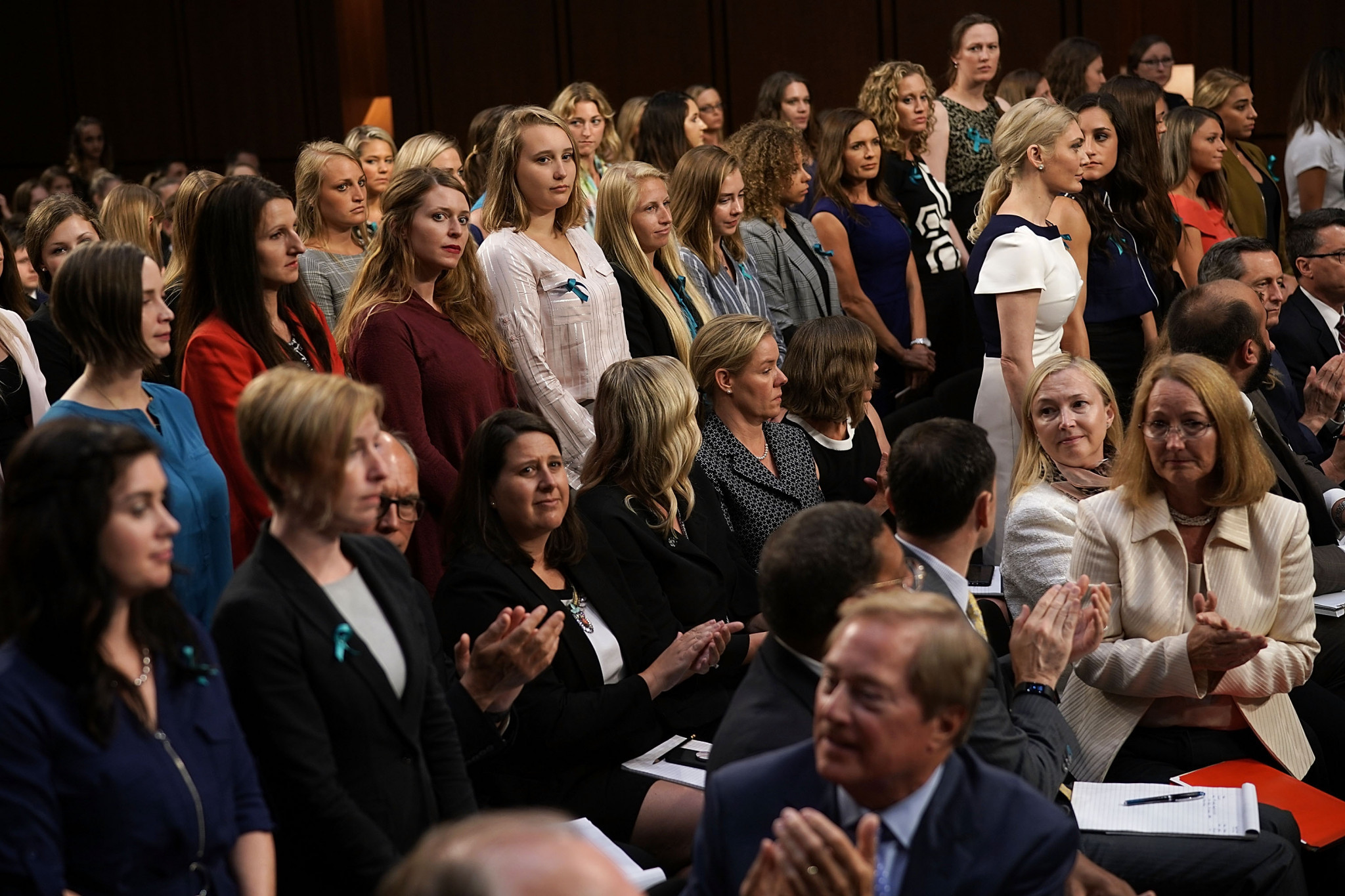 Victims of sexual abuse from Larry Nassar have been offered a settlement of $215 million (£165 million/€194 million) by USA Gymnastics as part of a plan for the organisation to emerge from bankruptcy.

USA Gymnastics said the survivors who were sexually abused by the organisation's disgraced team doctor could either accept the offer as a group or continue pursuing their lawsuits.

Any judgements arising from the lawsuits will be collected from insurance policies available to USA Gymnastics, the national governing body said in a statement.

"Whichever option the survivors as a whole accept will apply to all members of the survivor class," USA Gymnastics added.

The offer has been met with criticism from lawyers for the victims and Rachael Denhollander, the first to publicly accuse Nassar of sexual assault.

John Manly, who represents several of Nassar's victims, told USA Today the settlement amount "won’t even cover the therapy that these women need, probably for the rest of their lives, and the excruciating emotional toll and pain".

"It’s just one more punch in the gut," Manly added.

Noticeably absent from this plan is any of the specific reforms we've publicly asked for, for years.

How much is a little girl worth? Apparently far less than the damage she's incurred.

I am beyond disappointed. Again.https://t.co/kq6UxGpXSz

In a post on Twitter, Denhollander said she was "beyond disappointed" with the offer from USA Gymnastics, less than half the amount Michigan State University reached with Nassar's survivors.

"Noticeably absent from this plan is any of the specific reforms we've publicly asked for, for years," she said.

"How much is a little girl worth? Apparently far less than the damage she's incurred."

USA Gymnastics President and chief executive Li Li Leung said, however, that the troubled organisation, which sought bankruptcy amid the fallout to the scandal, was hopeful of reaching an agreement with the survivors.

"While we do not yet have an agreement with the Committee representing the survivors, we still hope to reach an agreement," she said.

"This plan allows for ongoing negotiations among the parties and we are hopeful that continued discussions will lead to an agreement that is supported by all parties in the case."