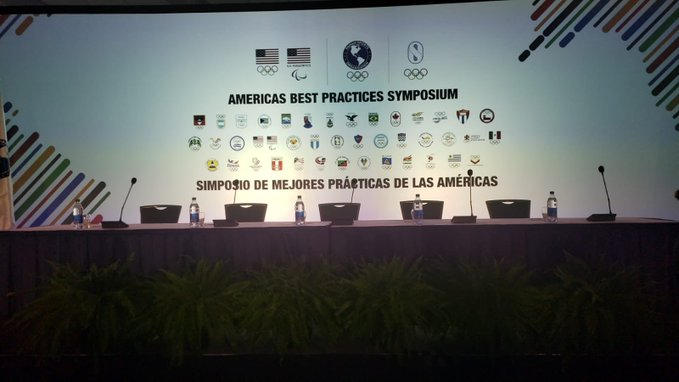 US Center for SafeSport chief executive Ju'Riese Colón has urged National Olympic Committees (NOC) to be part of a culture change to boost athlete safety.

Colón was one of the presenters during the Americas Best Practices Symposium here, a joint event between Panam Sports and the United States Olympic and Paralympic Committee (USPOC).

She outlined the importance of sport undergoing a culture change, where it puts in place processes and acts upon them.

The US Center for SafeSport was formed in 2017 to handle sex-abuse cases in the Olympic world.

She explained that the Center now receives around 239 reports per month, with many cases related to sexual abuse.

A rise in emotional and physical abuse was noted by Colón, who claimed people have become more aware of the different between tough coaching and abuse.

She called upon sporting organisations to develop processes and tools to help combat abuse.

Colón told delegates the organisation has developed strategies which the Olympic and Paralympic community can implement, with training and education central to helping those involve in sport act quickly and effectively when issues may arise.

Recognising issues, but then knowing what to do, who to tell and how to act were viewed as vital to achieving a cultural change, Colón explained, adding that accountability was also key.

Colón admitted there was a long way for sport to go to achieve the change, but noted there had been positive steps forward.

"We have started to see this culture change happen over the past three years," Colón said.

"When we get those 293 reports, some of them are very terrible and things people do not really want to read or know about.

"But what we have also started to see is that we are getting more and more reports of people who are recognising things before they escalate.

"We are getting reports of boundary issues, as well as people almost having inappropriate relationships or perhaps someone is being a bit abusive on the field.

"We are being notified earlier.

"For me this is a success, a small success.

"We are starting to see a change in the types of reports we get, and the types of actions adults, coaches, athletes and administrators are taking in order to protect athletes, then we are winning.

"It is certainly a long road and we have a way to go, but I think we are getting closer every day."

Colón was joined on the panel discussion titled “Aligning organisational resources to prioritise athlete well-being" by Lorraine Lafreniere, chief executive of the Coaching Association of Canada.

Lafreniere encouraged NOCs to utilise the experience of existing organisations, such as experts in child safety and welfare.

She added the highest risk activities needed to be a starting point for organisations to tackle abuse, highlighting extended travel in isolated environments as a priority.

Panam Sports Athlete Commission member Carlos Santiago highlighted the need for athletes to receive career support and education, enabling them to have an easier transition when their sporting careers conclude.

The panel was one of the central topics at the fourth edition of the symposium, which this year had a theme of "High-Performance Planning, Leadership and Athlete Well-Being".