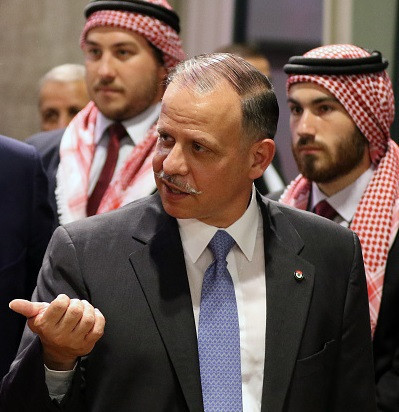 The Jordan Olympic Committee (JOC) has said it is an "honour" to host the rearranged Tokyo 2020 Asia-Oceania Olympic boxing qualifier after it was relocated from China.

Competition was due to take place in Wuhan between February 3 and 14 but the coronavirus outbreak has forced the change of venue.

Amman has stepped in, with action now set for Prince Hamza Arena between March 3 and 11.

The capital has been chosen by the International Olympic Committee's Boxing Taskforce (BTF) which is in charge of the Tokyo 2020 competitions after the International Boxing Association (AIBA) was suspended as the governing body for the sport in May.

"It is an honour for Jordan, the Jordan Olympic Committee and the city of Amman to have been selected to host the Tokyo 2020 Asia and Oceania boxing qualifier," said JOC President Prince Feisal bin Hussein, who is also a member of the IOC Executive Board.

"We are very proud that the BTF has recognised Amman as a city capable of hosting an international event of this magnitude at short notice and we look forward to repaying their trust by delivering a successful event.

"Jordan has a proven track record for hosting world-class international sporting events and this is another ideal opportunity to introduce more sport to tens of thousands of young Jordanians throughout the Kingdom."

Four other boxing qualifiers are also being held for Tokyo 2020 and will all be arranged by the BTF.

It follows a six-month investigation into AIBA amid concerns regarding its governance, finances, refereeing and judging.

The coronavirus originated in Wuhan which has been quarantined to try and contain the outbreak.

A number of countries have begun airlifting their citizens out of the city.

The virus has killed at least 200 people and has spread to 19 countries around the world, with a number of sporting events in China either postponed or cancelled.