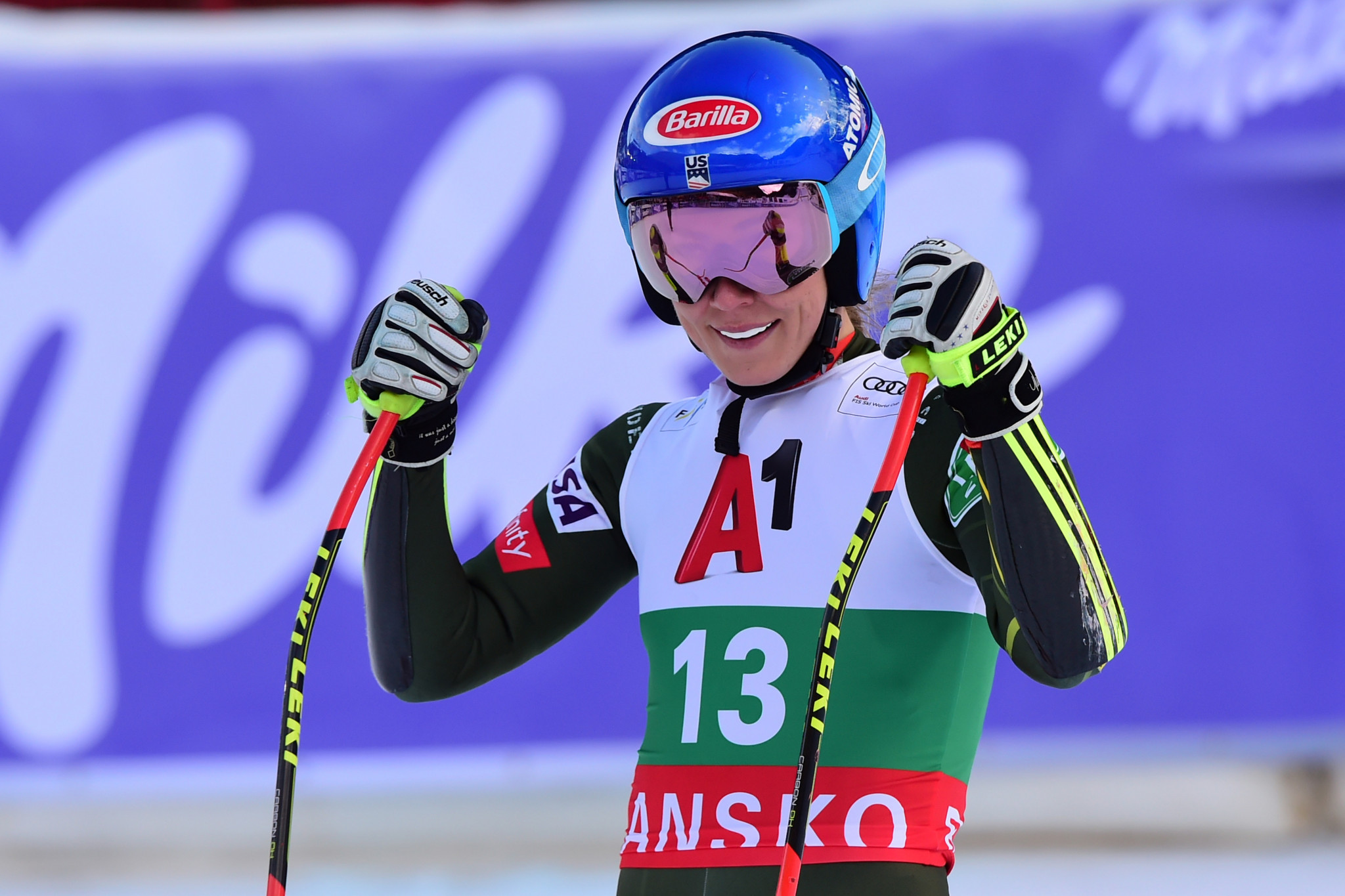 Shiffrin, who before this weekend had yet to win in either discipline this season, claimed victory by 0.29 seconds ahead of Italy's Martina Bassino, who also won silver in the downhill at Bansko in Bulgaria.

Bronze would go to a distant Lara Gut-Behrami of Switzerland, who won her first medal of the season ahead of compatriot Corinne Suter, who had a good showing after disappointing results in the downhill earlier in the weekend.

Shiffrin's victory propels her to the top of the super-G standings ahead of Suter and means she sits nearly 400 points ahead of Federica Brignone in the overall World Cup standings, leading two disciplines and being second in two more.

Shiffrin is now only a combined victory shy of achieving her goal of recording World Cup wins in all five disciplines in the same season.

Petra Vlhová has lost some ground in the overall standings but stays in third after placing sixth in the super-G, just ahead of yesterday's downhill winner Elena Curtoni.

The next leg of the FIS World Cup sees another set of women's downhill and super-G races at Rosa Khutor in Russia on February 1 and 2.