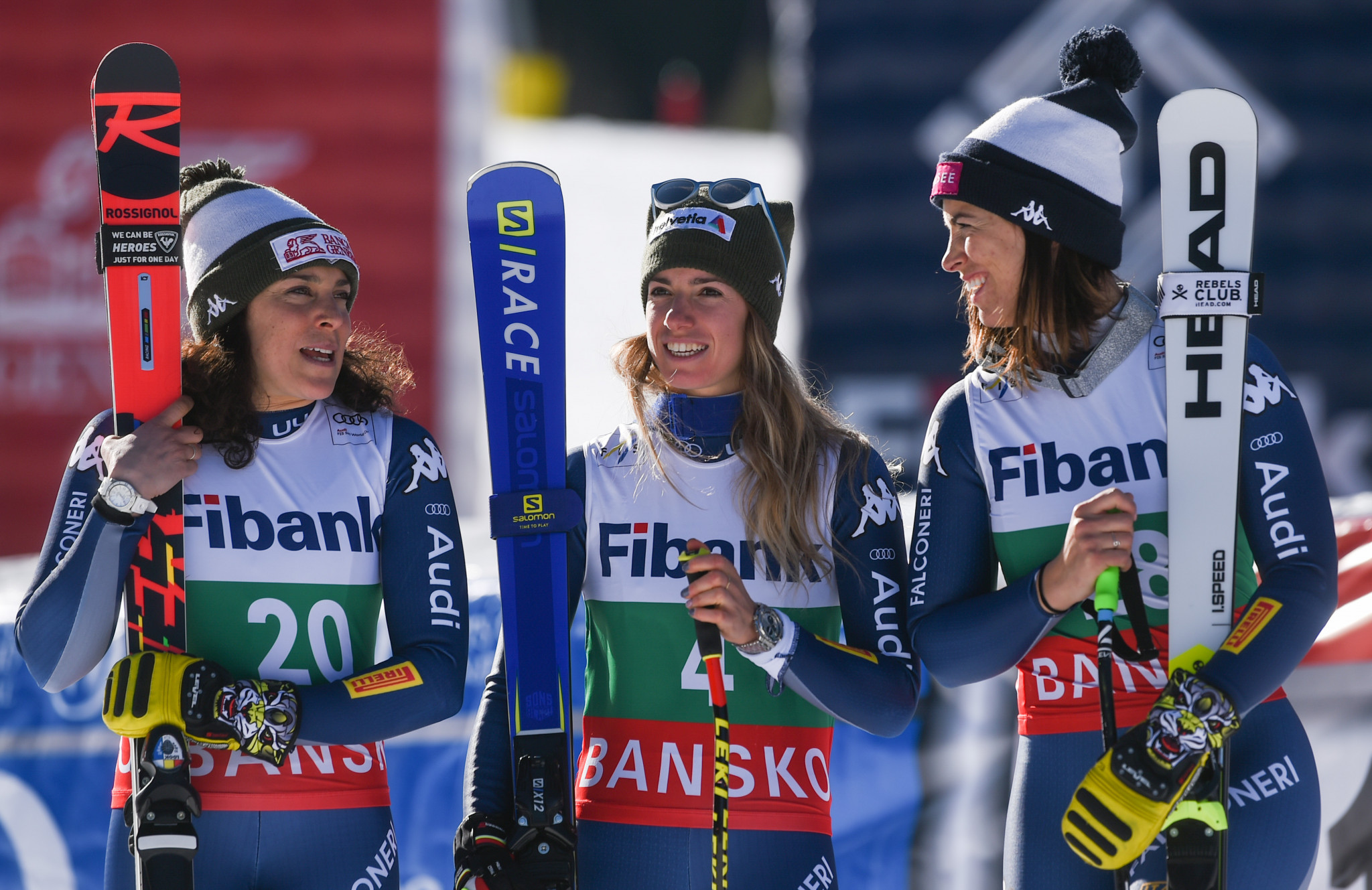 Curtoni, who had only made the World Cup podium three times before this weekend, reached it for the first time in three years, with her previous best downhill performance coming in 2016 in St Moritz when she finished third.

Curtoni took the maximum 100 points by 0.10sec ahead of Marta Bassino, who was on the podium for the fifth time this season but a first-ever time in downhill.

Federica Brignone, who took silver in the first downhill yesterday, was a further 0.04sec back to round off an all-Italian podium.

A distance off the top three in fourth, Mikaela Shiffrin has still managed to extend her overall World Cup lead over Brignone and Petra Vlhová this week after her victory on Friday.

In her first downhill event of the World Cup season, Vlhová could only muster 11th after finishing sixth yesterday.

Switzerland's Corinne Sutter is still the downhill leader but continued to struggle in Bulgaria, only finishing ninth after previously finishing in the top five in all downhill events prior to this weekend.