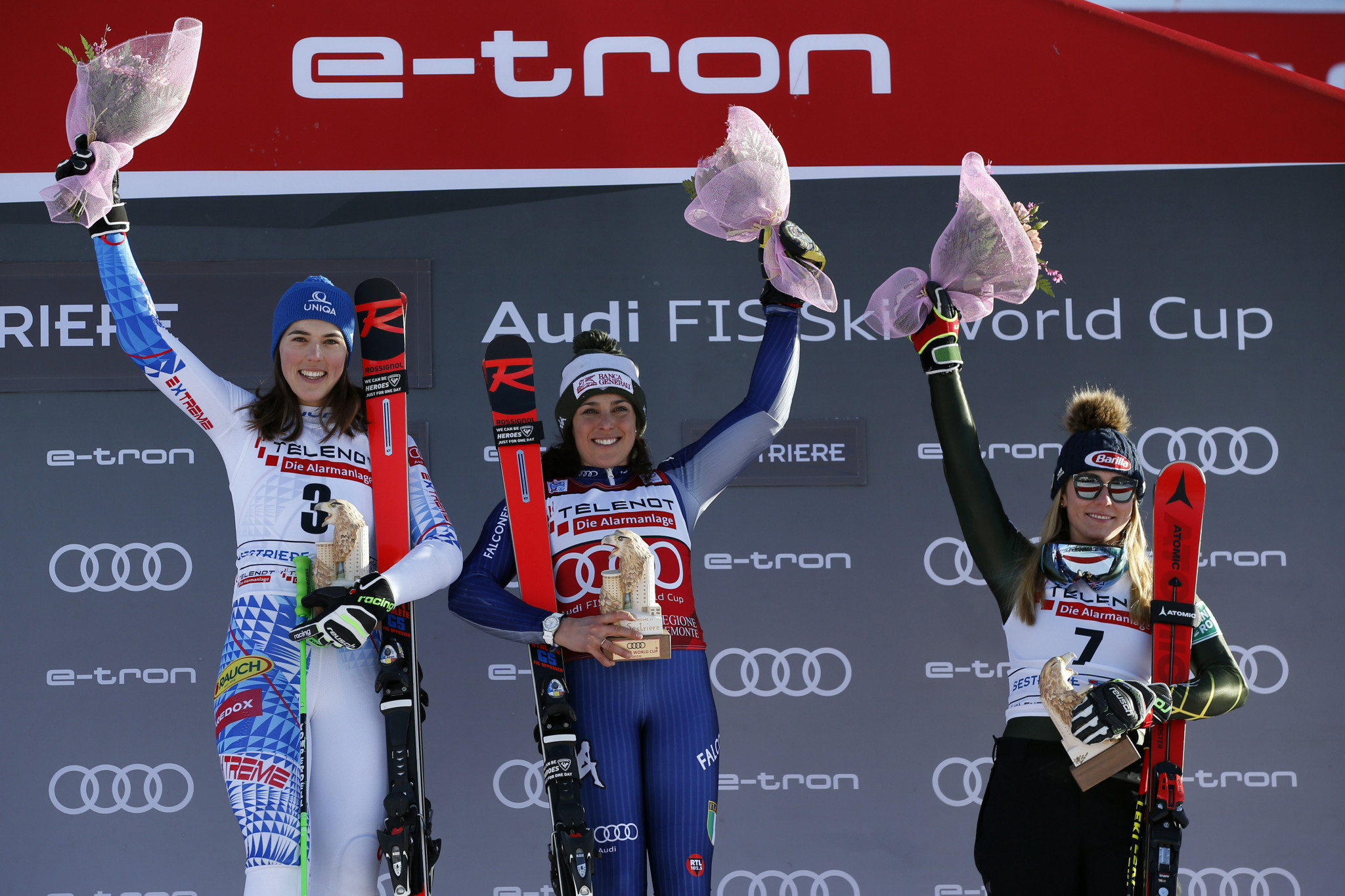 Federica Brignone and Petra Vlhová, respectively Olympic bronze medallist and world champion in the giant slalom, could not be separated in a dramatic race at the International Ski Federation (FIS) Alpine Skiing World Cup in Sestriere.

In one of most memorable of recent FIS competitions, the Italian and Slovakian finished joint-first in the Swiss resort, with Olympic champion Mikaela Shiffrin of the United States, the Olympic champion, only one hundredth of a second from making it a three-way tie.

Brignone, who won the first Alpine combined title of the season on January 12 in Austria in a race where both Shiffrin and Vlhová failed to finish, took the lead after the first run, clocking 1 min 10.28sec.

That gave her a 0.17sec advantage over the Slovakian and a 0.42 margin over the American.

Giant Slalom is every race more exciting with extremely tight races and different winners. @federicabrignone is the only one this year to claim the victory twice and today she shared it with @PetraVlhova ‼️ @mikaelashiffrin is just 0.01 behind them 🤪
Well done girls! pic.twitter.com/U7k0sbivo6

Shiffrin produced the fastest second run, 1:10.46, which was 0.41 faster than the leader's second time, and 0.24 faster than Vlhová’s second effort.

Brignone now leads both the Alpine combined and giant slalom standings and is third on 665 points in the overall standings, headed by the defending champion, Shiffrin, on 946.

Vlhová - for whom this was a third consecutive win on the tour following victories in Flachau, Austria, this week and Zagreb, Croatia, earlier this month - is second in the overall standings on 713.

Tomorrow will see the women's parallel giant slalom on the Sestriere slopes.