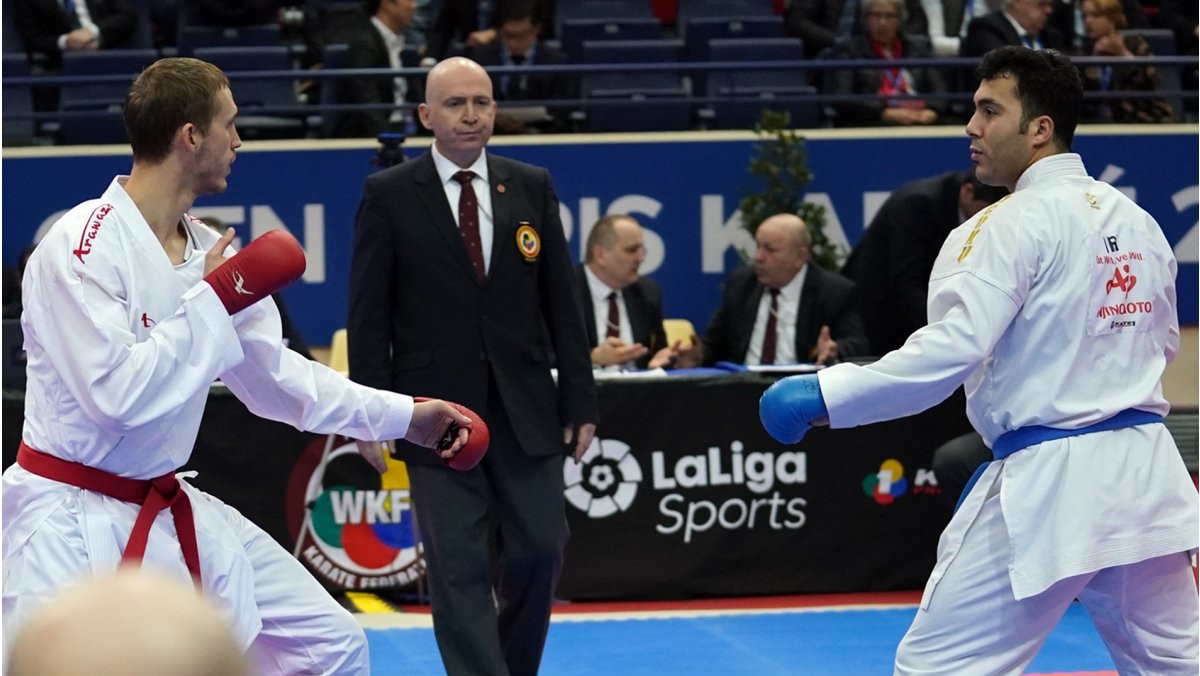 There was good news for home fans at the Stadium Pierre de Coubertin as Dnylson Jacquet earned the right to meet Arkania as he registered a 1-0 win over Saleh Abazari of Iran.

But if Uekusa faltered, her fellow Grand Winners Xiaoyan Yin, Ryo Kiyuna and Irina Zaretska all performed as expected.

China’s Xiaoyan was the first Grand Winner to reach tomorrow’s finals as she won her female kumite under-61kg bout former Grand Winner and local favourite Gwendoline Philippe of France 5-1 in their semi-final.

The Chinese karateka is now scheduled to meet Merve Çoban of Turkey in the final.

The European champion qualified for her first final of Karate 1-Premier League since her victory at Istanbul in 2018 following a 5-0 triumph in her semi-final against Barno Mirzaeva of Uzbekistan.

The current owner of the golden karategi qualified for the title-deciding bout in female kumite under-68kg after beating Kayo Someya of Japan 5-0.

She is now set to meet one of the most promising athletes of the division, Feryal Abdelaziz of Egypt.

The current world under -21 champion beat Melissa Bratic of Canada 2-0 in their semi-final.

"I worked hard and I did all my best to get this result," Zaretska said.

"I am happy to be in the final and tomorrow I will give all that I have to win."

It is the first final in international competitions for the young Egyptian athlete who has only two appearances in Karate 1-Premier League under his belt.