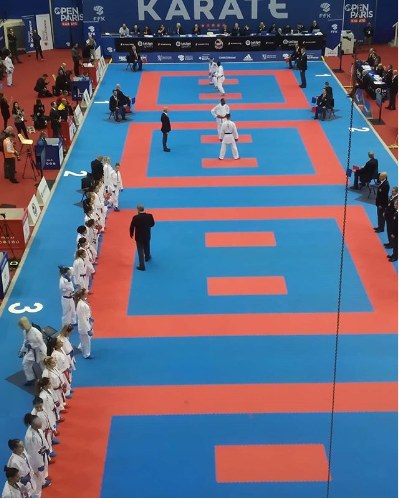 Hosts France will be represented in two of the finals determined on day one of the season-opening Karate 1-Premier League event in Paris.

A 3-0 win over fellow Frenchman Yanis Lamotte put Steven Da Costa through to the men's under-67 kilograms kumite final at the Stadium Pierre de Coubertin.

Standing between him and a place on the top of the podium is Italy's Luca Maresca, who beat Brazil's Vinicius Figueira 2-0 in the other semi-final.

Providing the opposition will be Iran's Bahman Askari Ghoncheh, following his 2-0 win at the expense of Chile's Joaquín González Lavin.

Turkey will be represented in two of the other three kumite finals decided today.

Eliminations and repechages in a further seven categories take place tomorrow, with all medal matches scheduled for Sunday (January 26).