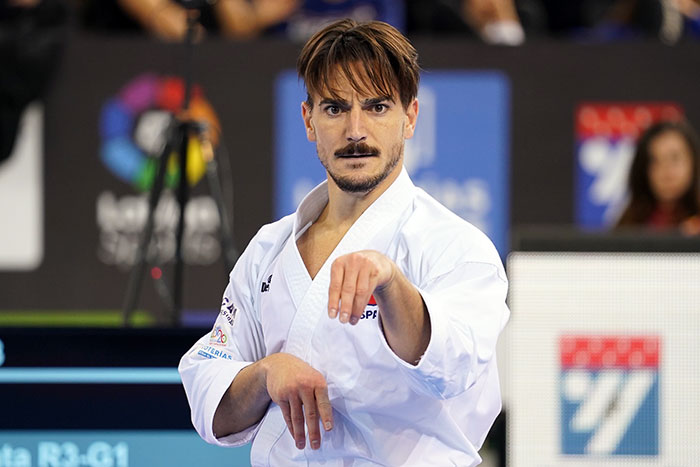 World Championship silver medallist Damian Quintero progressed to the men's kata final in front of a home crowd at the Karate 1-Premier League in Madrid.

The Spaniard, a gold medallist at the inaugural ANOC World Beach in Games, progressed to the final in impressive fashion.

He scored 26.34 points at the Pabellón Multiusos Madrid Arena, with Turkey's Ali Sofuoglu managing 25.74 to complete the final line-up.

It is a regular clash between the pair, with the last three European Championship finals having seen them go head-to-head.

Quintero won each of the three contests and will be hoping for further success tomorrow.

Sofuoglu is not the only Turkish athlete to compete in tomorrow's finals, with Ugur Aktas booking his place in a gold-medal bout.

The European under-84 kilogram champion beat Japan's Ryutaro Araga 1-0 in the semi-final stage of the competition.

Aktas will contest his third Karate 1-Premier League final of the season tomorrow.

The Turkish athlete faces Daniyar Yuldashev of Kazakhstan, who beat Panah Abdullayev of Azerbaijan 3-1 in his last-four tie.

In the women's over 68kg event, world champion Eleni Chatziliadou of Greece will take on Kazakhstan’s Sofya Berultseva in the final.

Her reward is a meeting with Russia's Nailya Gataullina in tomorrow's final, after she won 5-2 against France's Leila Heurtault.