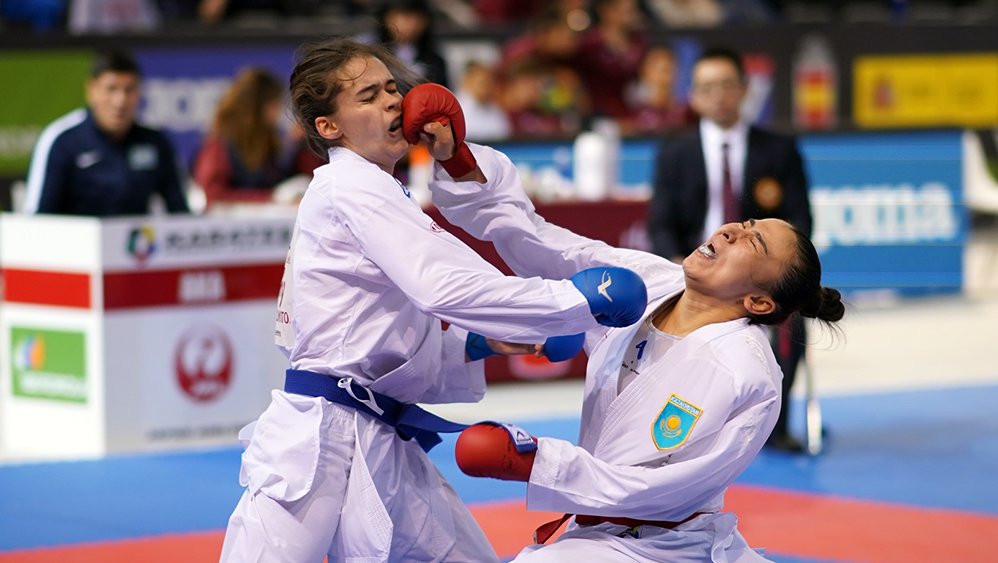 Serap Özçelik of Turkey clinched the grand winner crown in the women's under-55 kilograms kumite division by reaching the final of the Karate 1-Premier League in Madrid.

The 2014 world champion cannot be caught at the top of the standings in the category following her display on the opening day of the event at the Pabellón Multiusos Madrid Arena.

The Turkish competitor defeated Nurane Aliyeva of Uzbekistan 2-0 in the semi-finals to wrap up a third consecutive grand winner title.

World champion Sandra Sanchez and Kiyou Shimizu of Japan remain on course for a grand winner title decider after they progressed to the final of the women's kata.

This season's overall title in the discipline will be at stake when the formidable duo, who have contested every final on this year's circuit, meet in the gold medal bout.

They have each claimed three victories so far this campaign and will battle it out in a winner-takes-all match on Sunday (December 1).

Sanchez, backed by the home crowd, outscored her Japanese rival in the group stage.

The Spaniard's performance was rewarded with 26.68 points, marginally ahead of Shimizu's 26.60.

Darkhan Assadilov and Kaisar Alpysbay will clash in an all-Kazakhstan final in the men's under-60 kilograms class.

Action continues tomorrow with preliminary rounds in the remaining categories.