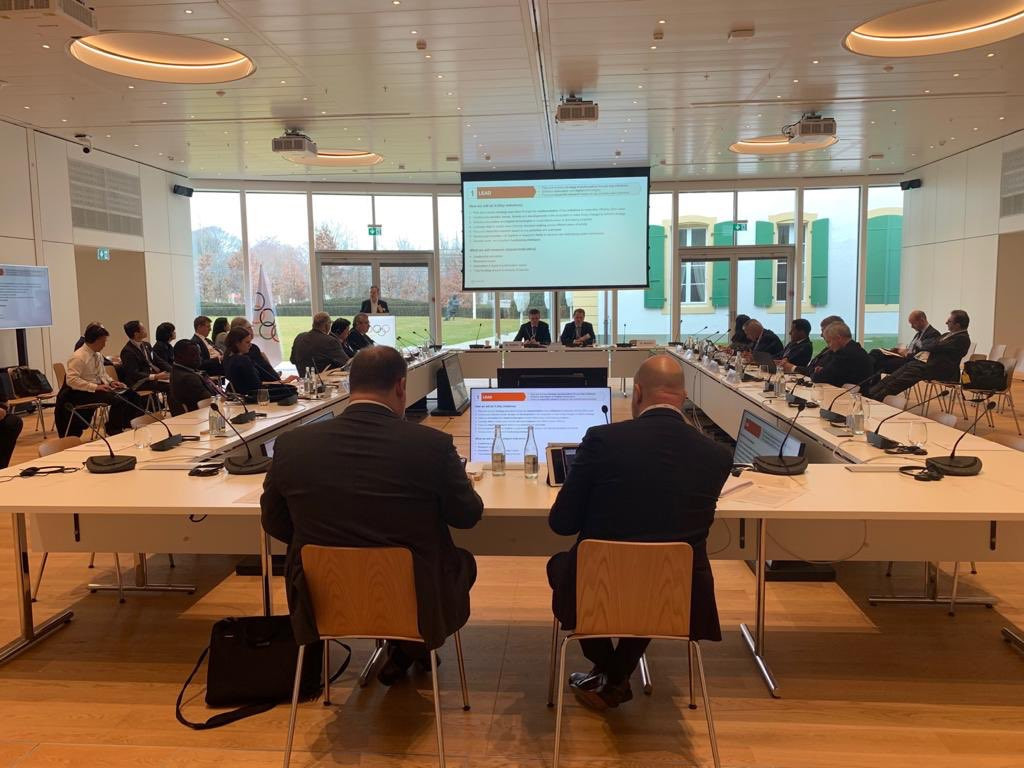 The 78-year-old was confirmed as Taylor's successor at an extraordinary WADA Executive Committee meeting - the first to be chaired by new WADA President Witold Bańka - at the International Olympic Committee (IOC) headquarters in Lausanne.

Wood takes over from British lawyer Taylor, whose mandate as chairman ended on December 31.

One of Taylor's last acts was to recommend a four-year package of sanctions on Russia, approved by the WADA Executive Committee last month, as punishment for the manipulation of the Moscow Laboratory data.

He also served as inspector of the Police Integrity Commission in the region and serves as a judge on the Fiji Court of Appeal.

New Zealand's Ben Sandford has been confirmed as chairman of the WADA Athlete Committee, a formality after it was revealed exclusively by insidethegames in Poland that he had won a vote to step into the role, vacated by Canadian Beckie Scott.

WADA's Executive Committee also confirmed the appointment of Singapore's Ser Miang Ng, a member of the IOC Executive Board, as chairman of the Finance and Administration Committee.

Moses was an outspoken critic of WADA during the Russian doping scandal and joined Scott in alleging improper conduct against two Executive Committee officials.

Norway's Lars Engebretsen takes over as chairman of the Health, Medical and Research Committee, a role last held by IOC vice-president Uğur Erdener.

WADA claimed candidates for the positions were "subject to a robust and independent process of review and assessment" by the new Nominations Committee, established as part of governance reforms at the global watchdog.

"It is clear that the agency is acquiring a depth of experience and knowledge in their areas of expertise, including from two former elite athletes, which we and clean sport will benefit from significantly.

"We are grateful for their commitment and look forward to working with them in their new roles."

WADA's Executive Committee received an update on the Russian doping case after the Russian Anti-Doping Agency confirmed it would appeal the range of punishments handed down by the ruling body to the Court of Arbitration for Sport (CAS).

The sanctions include a ban on the Russian flag from major events, such as this year's Olympic Games, while the nation is also set to be barred from staging global competitions.

The punishments cannot be implemented until the final ruling from the CAS.

insidethegames understands a hearing is not expected to take place until May at the earliest, raising the possibility that the issue overshadows a third consecutive Olympic Games.

The Executive Committee was also updated on the development of a new WADA strategic plan for 2020-2024, set to be approved by the Foundation Board in May.