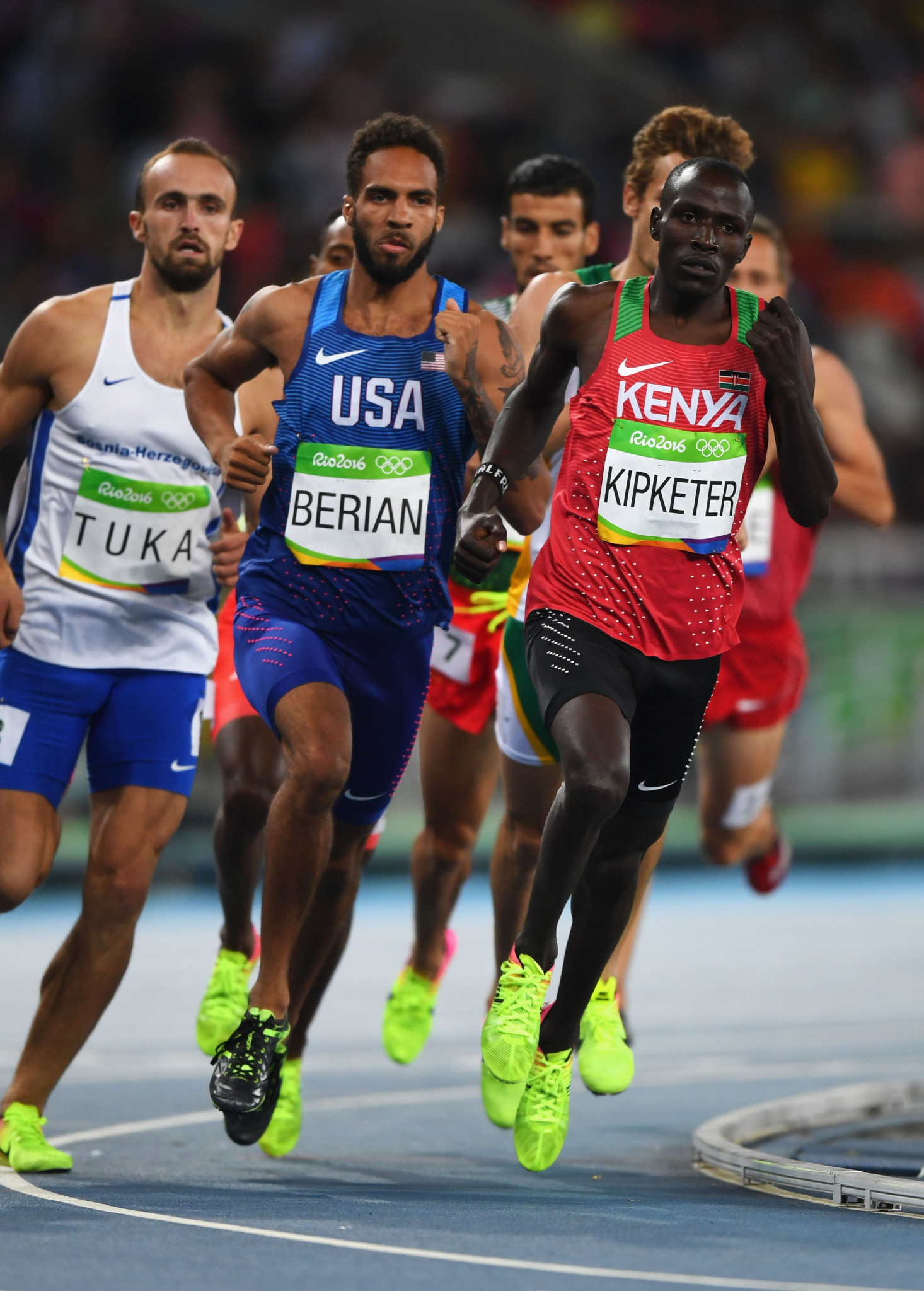 The 23-year-old, a finalist in the 800m at the 2016 Olympic Games in Rio de Janeiro, allegedly failed to make himself available for out-of-competition drugs tests.

Kipketer was suspended for failing to avail himself for doping tests contrary to the AIU's article 2.4 which says: "Any combination of three missed tests and/or filing failures, as defined in the international standard for testing and investigations, within a 12-month period by an athlete in a registered testing pool."

Kipketer, who also won the world youth title in 2013 and reached the final of the 2015 International Association of Athletics Federations (IAAF) World Championships in Beijing, will not be allowed to compete again until the case is fully investigated - leaving his participation at this year's Olympic Games in Tokyo in doubt.

The AIU added that "provisional suspension imposed in a non-doping case does not in any way abrogate the presumption of innocence and it is not an early determination of guilt".

"Rather, it is an order made on a precautionary basis to safeguard the interests of the sport."

British 800m runner Kyle Langford, narrowly beaten by Kipketer to the IAAF World Youth Championship title in Donetsk in 2013, took to social media to say: "Another one of my competitors busted!"

Kipketer led after the opening lap of Rio 2016 800m before fading to finish seventh in a race won by team mate David Rudisha.

A few weeks later, Kipketer set a personal best of 1min 42.87sec for the distance later that year.

The development is the latest blow to the credibility of Kenyan athletics.

A total of 43 athletes, including the women’s 2016 Olympic marathon champion Jemima Sumgong and three-time world 1,500m winner Asbel Kiprop, are currently banned from the sport.

Several others, like Kipketer, are awaiting hearings - the number of Kenyans currently serving bans could soon reach over 50.

Kipketer is unlikely to be the last athlete this year to fall foul of failing to make themselves available for drugs testing, after the AIU warned on its website that it "will be taking a more stringent approach to whereabouts requirements in 2020".