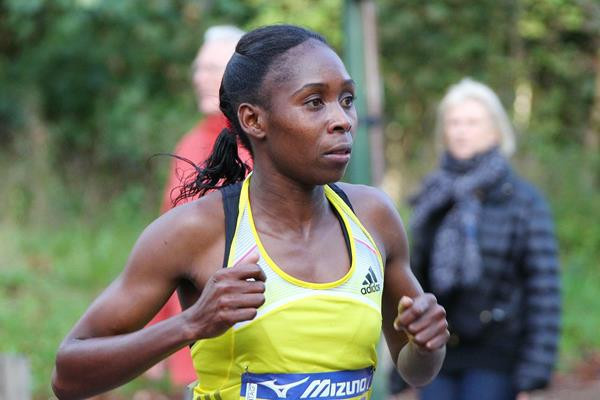 Another top Kenyan marathon runner has been suspended for four-years, after being found guilty of doping, and two team mates are also facing sanctions following positive tests.

Sarah Chepchirchir, who was provisionally suspended in February by the Athletics Integrity Unit (AIU) , has now been officially banned because of abnormalities in her athlete biological passport, which is usually evidence of abusing erythropoietin (EPO).

Chepchirchir has previously been a training partner of 2016 Olympic Games marathon Jemima Sumgong, her sister-in-law, who is currently serving an eight-year drugs ban, under Italian coach Federicco Rosa.

The 35-year-old's ban has been backdated until April 11 last year and all her results from that period have been wiped from the record books.

She represented Kenya only twice in major international competitions, with a best performance of fifth in the half-marathon at the 2011 All-African Games in Maputo.

The latest runners to be provisionally suspended by the AIU are Mercy Jerotich Kibarus and James Kibet.

Kibarus had been a member of Kenya's team that won the team gold medal at the 2014 International Association of Athletics Federations World Half Marathon Championships in Copenhagen.

She finished fifth overall and helped Kenya achieve the historic feat of securing all team members in top five positions.

But this is the second time the 35-year-old Kibarus has been involved in a doping scandal.

She tested positive in March 2015 after finishing second in the First Lady's Half Marathon in Nairobi, but Athletics Kenya let her escape with a warning.

Kibarus' best individual international performance was running 2:26:52 to finish third in the Seoul Marathon in 2017.

Both Kibarus and Kibet have tested positive for the anabolic steroid Norandrosterone.

Ahmed, seventh in this year's English Marathon Championships, an event incorporated into the London Marathon, in 2:21:40, has allegedly tested positive for EPO.