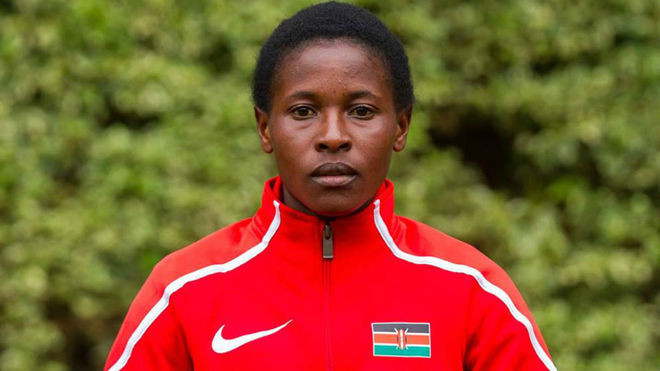 The test was carried out during last year's Summer Youth Olympic Games in Buenos Aires where she had finished fifth in the girls 800m.

In their published judgement, the AIU revealed that Munguti had waived her right to have the B-sample tested and also failed to respond to the charges against her, meaning she lost her right to a disciplinary hearing.

Munguti has now been suspended until October 6, 2022, when she will still only be 21.

Her result from Buenos Aires 2018 has been struck from the record books.

Munguti will, however, not lose her silver medal from the African Youth Games in Algiers as she won that in July 2018 - two-and-a-half months before she failed the doping test in Argentina's capital.

She is the second athlete known to have tested positive at the Summer Youth Olympic Games in Buenos Aires.

Last week, insidethegames exclusively revealed that Thailand's Supatchanin Khamhaeng had been stripped of the gold medal she had won in the over-63 kilograms category after testing positive for a banned substance.

Munguti, the first Kenyan teenager to be banned for doping, joins a growing list of runners from the African country to have failed drugs tests.

There are currently 44 Kenyan athletes suspended for doping offences.

Those banned include Jemima Sumgong, winner of Kenya's first Olympic gold medal in the women's marathon when she crossed the line first at Rio 2016, who tested positive for erythropoietin (EPO).

Earlier in November, world half-marathon record holder Abraham Kiptum had also been banned by the AIU for four-years because of abnormalities in his athlete biological passport, believed to be linked to the abuse of EPO.

The report concluded that nandrolone, corticosteroids and EPO were the substances most used by Kenyan athletes.