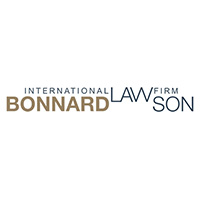 A third prominent law firm in Switzerland has been hired as part of the appeal by Russian Anti-Doping Agency (RUSADA) at the Court of Arbitration for Sport (CAS) to get a series of sanctions proposed by the World Anti-Doping Agency (WADA) overturned.

It was announced today that Bonnard Lawson International Law Firm have been appointed by the Russian Paralympic Committee (RPC) to represent it during the hearings.

It was revealed last week that RUSADA have employed the services of Geneva and Zurich-based Schellenberg Wittmer.

The Russian Olympic Committee (ROC), meanwhile, have engaged Claude Ramoni, a founding partner of the Lausanne-based Libra Law, to look after its interests.

They formally appointed the Geneva and Lausanne-based Bonnard Lawson at an Executive Committee meeting in Moscow today.

Its sports team is led by Fabrice Robert-Tissot, a graduate of Columbia University in New York City and a member of Swiss Basketball’s Disciplinary Chamber.

Among his most notable successes was representing Russia's former Sports Minister Vitaly Mutko to help him get his ban imposed by the International Olympic Committee from attending the Olympic Games lifted.

The CAS hearing, the first to be held in public in 20 years, came after WADA challenged a decision from the International Swimming Federation to let the three-time Olympic gold medallist off with a warning.

Sun is facing up to an eight-year ban after one of his entourage smashed his blood vial with a hammer during an attempted drugs test on a September night last year, which could cost the 28-year-old his career.

RPC President Vladimir Lukin has admitted that he fears his country will be prevented from competing under their own flag for a third consecutive Paralympic Games following the decision by WADA to punish RUSADA for the alleged manipulation of data transferred from the Moscow Laboratory earlier this year.

The proposed sanctions include banning Russia from competing under its own flag in major events, including the Olympic and Paralympic Games, for four years.

The International Paralympic Committee banned Russian athletes totally  from competing at Rio 2016 and at Pyeongchang 2018 they took part under the banner of "Neutral Paralympic Athletes".

Another ban from Tokyo 2020 is now on the cards, even though a suspension on the RPC was lifted by the IPC in March of this year.

When lifting the suspension, however, the IPC warned that the RUSADA must not be declared non-compliant before December 31, 2022 otherwise the ban on the RPC could be reimposed.

"The main issue on the agenda of the meeting of the [RPC] Executive Committee was the approval of a law company to represent the interests of the Russian Paralympic Committee as an interested party (third party) in the dispute between WADA and RUSADA in the CAS," the RPC said in a statement following today's meeting.

"At a meeting of the [RPC] Executive Committee, due to the fact that the conclusion of the WADA Executive Committee directly affects the rights and interests of the Paralympic Committee of Russia and its representatives, the [RPC} decided to enter into a dispute between WADA and RUSADA as an interested party (third party) in the procedure and terms provided for by the World Anti-Doping Code and the WADA International Standard for the compliance of the parties to the Code."