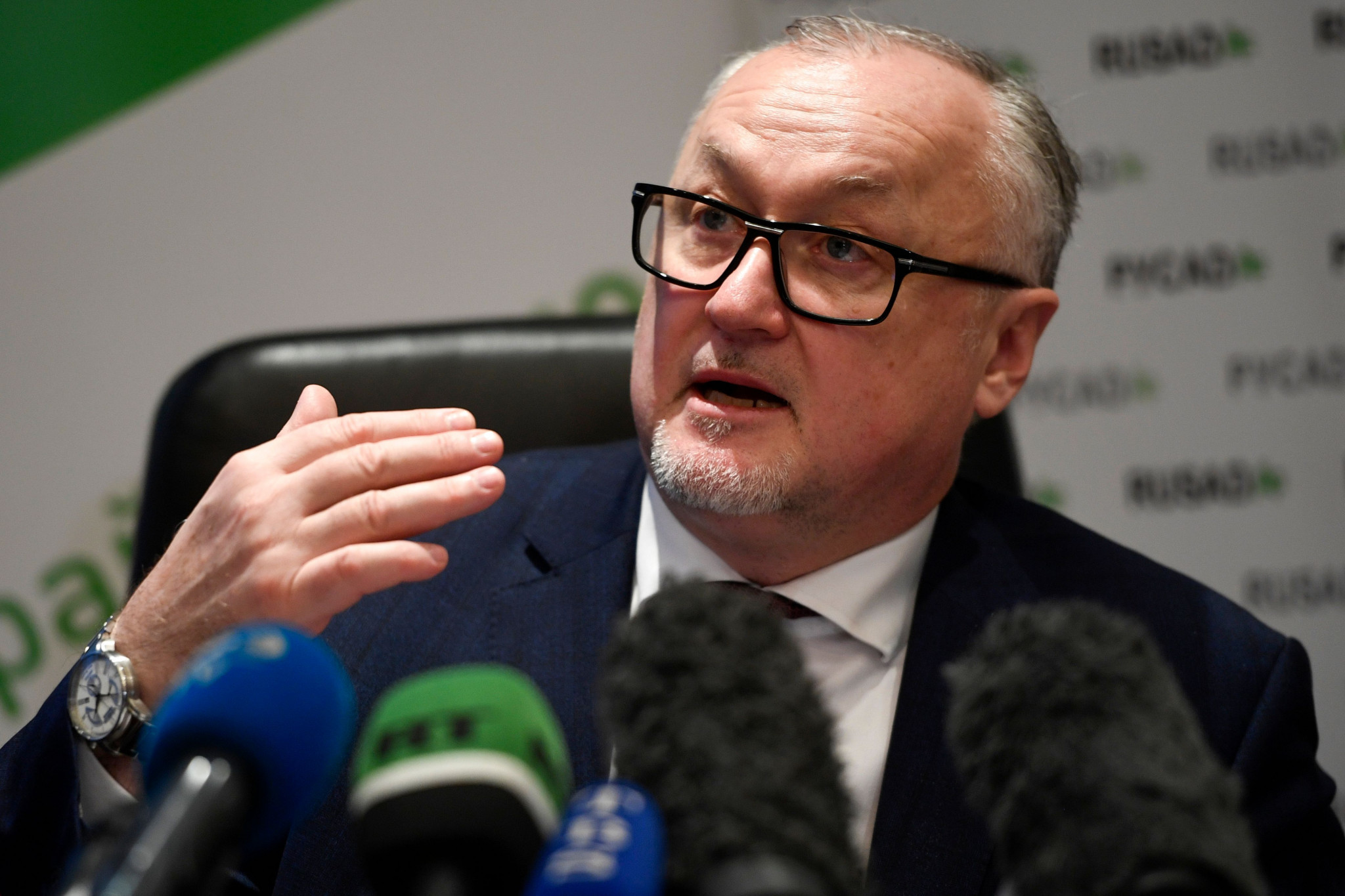 In a letter to WADA, RUSADA said it disagreed with the four-year package of punishments, which includes a ban on the Russian flag from major events such as the Olympic Games.

The formal statement will trigger an appeal process at the Court of Arbitration for Sport (CAS), which will take the final decision in the long-running Russian doping scandal.

RUSADA director general Yury Ganus, whose objection to the decision to appeal was overruled by the Supervisory Board, said the organisation "disputes the [WADA] notice in its entirety".

RUSADA's Supervisory Board agreed earlier this month to contest the sanctions to the CAS.

"In accordance with established procedure, today we have sent a package of documents to WADA," Ganus said at a press conference today.

In his own letter to WADA outlining his personal stance on RUSADA's decision to appeal, Ganus said he "regrets to inform you that all my attempts, including attempts to introduce changes to the RUSADA notice, have failed".

Ganus claimed earlier this month that there was "no chance of winning the case in court", while Jonathan Taylor, head of the Compliance Review Committee which recommended the sanctions, has expressed confidence the ruling from the anti-doping watchdog will be upheld at CAS.

The implementation of the sanctions, imposed after WADA found data from the Moscow Laboratory had been tampered with before it was handed over in January, will be delayed following confirmation of the RUSADA appeal at CAS.

Should CAS rule in WADA's favour, it will be mandatory for all signatories of the World Anti-Doping Code - including the International Olympic Committee - to enact the sanctions, described as "unfair" by Russian President Vladimir Putin.