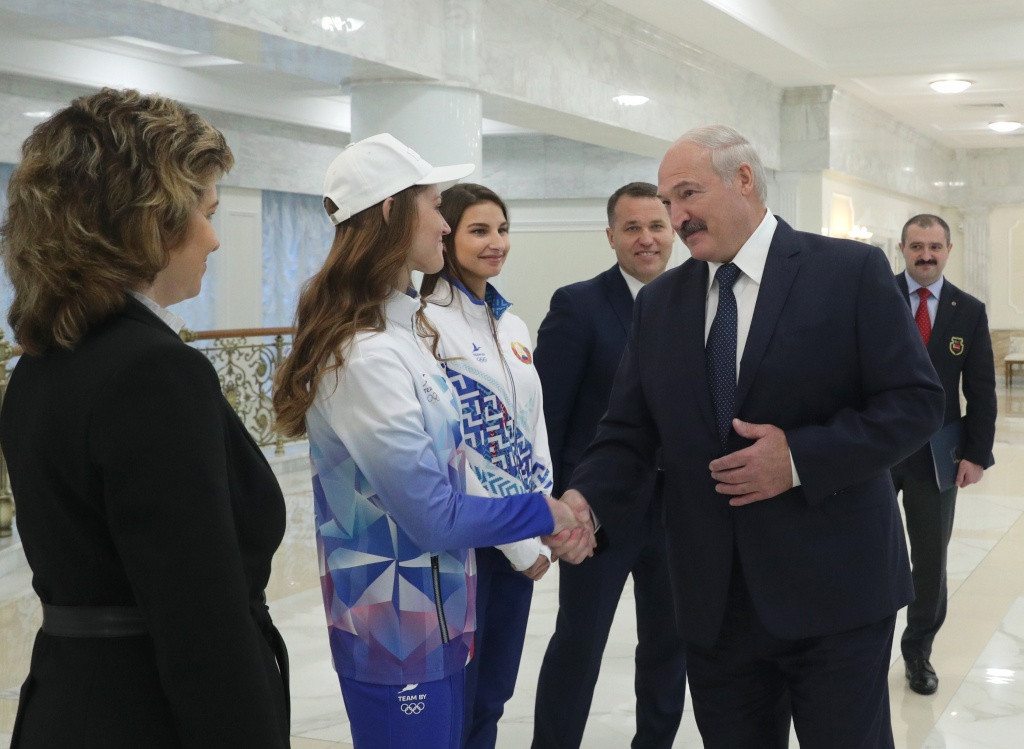 Belarus President Alexander Lukashenko has attended a presentation of possible designs for his country's kit for next year's Olympic Games in Tokyo.

Lukashenko voiced approval for the outfits, designed by Belarus-based companies Solo-Pinsk and Svitanak, at a ceremony in Minsk.

The decision on the final version of the kit will be made following public engagement with the public and Belarusian athletes.

One of the outfits is white and blue, while the other features a white and red design.

"I can say this outfit will be in demand," Lukashenko, who is also President of the National Olympic Committee of the Republic of Belarus, said.

"If the fabrics are good, the paint is normal, this outfits will be in demand."

Herasimenya said the kits "have a new great design that is recognisable from afar".

"We are happy with the fabric, it is very light and breathable," she added.

"I think this is the best design for Tokyo."

Belarusian manufacturers are also discussing creating a national brand of sportswear which could be used at future Olympic Games, an idea supported by Lukashenko.

Belarus have been represented at every edition of the Summer Olympic Games since Atlanta 1996 following the break up of the Soviet Union.

At Rio 2016, the nation won a total of nine medals, comprising one gold, four silvers and four bronze.