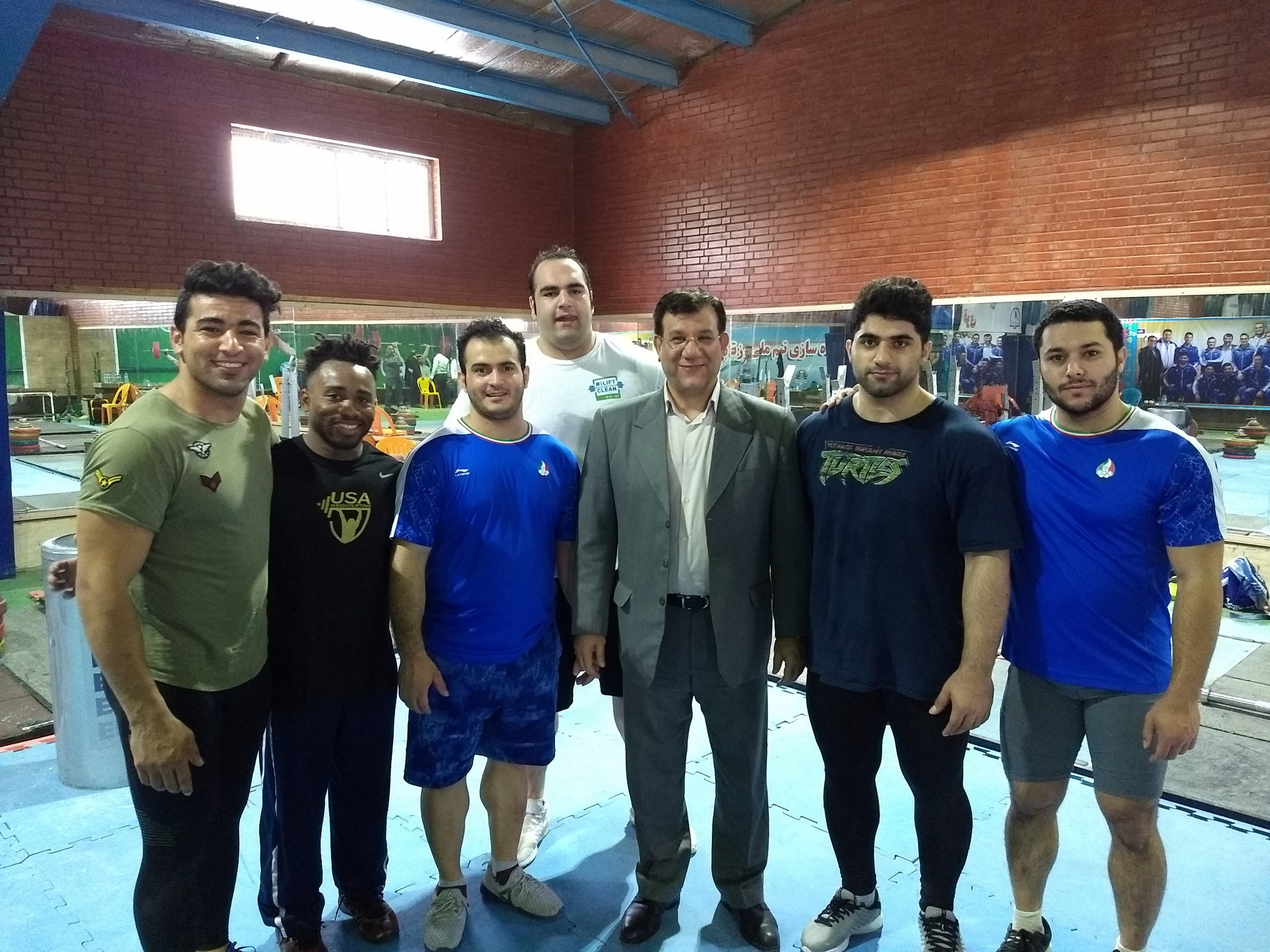 Iran is to protest against its reduced quota of places in weightlifting at the Tokyo 2020 Olympic Games, which its national federation describes as "unfair" for a nation that has had no doping violations in the past four years.

"We don’t accept this unfair decision and I will protest in this matter," Moradi told insidethegames, adding that he had the support of his National Olympic Committee and Sports Ministry.

"Our famous athletes like Kianoush Rostami, Sohrab Moradi, Behdad Salimi and Saeid Alihosseini have always been tested in and out of competition and remain clean at the highest level."

All four of those lifters have held junior or senior world records, and all won medals at the IWF World Championships in Anaheim last year, where Iran finished with 14 men's medals.

But Iran can send only two of them to Tokyo 2020 because of restrictions based on doping violations going back to 2008.

Meanwhile in Belarus, one the five countries restricted to only two places at Tokyo 2020, the national coach has described the new hard-line policy of the IWF as "a disaster" for his own nation, Russia and Kazakhstan.

Under the qualification policy announced last week by the IWF and already approved by the International Olympic Committee, nations with a clean record on doping can send a maximum of eight weightlifters to Tokyo 2020, four men and four women.

Those with 10 to 19 doping violations since the Beijing 2008 Olympics are allowed half as many, while those with 20 or more can send only one man and one woman.

There are five nations already on or above the limit of 20; Armenia, Azerbaijan, Belarus, Kazakhstan and Russia.

Those restricted to four athletes are Albania, Bulgaria, India, Iran, Moldova, Romania, Turkey, Ukraine and Uzbekistan, with Thailand likely to join them when one outstanding case is closed.

The numbers could change, as any further violations will be counted until the end of the Tokyo 2020 qualifying period in April of that same year.

Moradi complained about the cut-off between those with nine violations and those on 10.

Actually, the IWF website lists 11 Iranians who have been sanctioned since 2008, the last of them in April 2014.

"Weightlifting is a historical sport, loved by Iranians and very popular in our country," Moradi said.

"I have always followed IWF and WADA (World Anti-Doping Agency) policy and regulations, and have conducted strict rules on our athletes.

"I started once again this campaign three years ago when I was elected President of Iran Weightlifting Federation.

"Our athletes took part in numerous championships and before each competitions our NADO (National Anti-Doping Organisation) tested all our athletes.

"The recent decision made by IWF Executive Board is not fair for Iran.

"I cannot accept it and I will do my best to get our own rights.

"We will definitely protest and ask the IWF to re-examine the rules.

"What can we do with these two quotas?

"For example, can we not be represented in the super heavyweights, in which we have won so often?

"Iran is paying a lot of money to grow and promote weightlifting as a traditional, national and historical discipline."

State funding for weightlifting is very strong in all five nations with 20 or more positives and all of them fear a cut in budget if they can send no more than two lifters to Tokyo 2020.

Armenia, Azerbaijan, Belarus, Russia and Kazakhstan - which have collectively amassed more than 130 positives since 2008, with more cases outstanding - are currently suspended for doping offences, along with China, Moldova, Turkey and Ukraine.

The suspended nations are due to meet in Moscow, with the IWF, in the first week of May.

They are set to discuss how they are tackling the "doping culture" that has caused so many problems for the sport, which is not guaranteed its Olympic status beyond 2020.

In Belarus, the 1976 Olympic champion Valery Shary, who competed for the Soviet Union, said he did not think the IWF’s policy would clean up the sport.

He did not suggest what would, however.

"A quota of two people [compared to eight at Rio 2016] simply deprives most weightlifters of the motivation to continue training," he told sports website sb.by.

"The main goal in our sport is the Olympics.

"Training is built for it.

"Salaries and scholarships are paid for it.

"If the quota is reduced, funding will be reduced, and weightlifting in Belarus will gradually fade."

Victor Shershukov, the men's national team coach, said: "I have already talked on this topic with representatives of Russia and Kazakhstan.

"For them and for us, if we are restricted to a quota of two, it will be a disaster.

"It will cause a lot of questions about the prospects for the development of the sport."

Before flying to Bangkok for the SportAccord Summit, the IWF's director general Attila Adamfi, said: "Obviously not everyone is happy but everybody understands that the sport needs to be creative and needs to be tough on this issue to demonstrate to the International Olympic Committee and to the broader public that the International Weightlifting Federation is absolutely determined to clear the sport [of doping]."