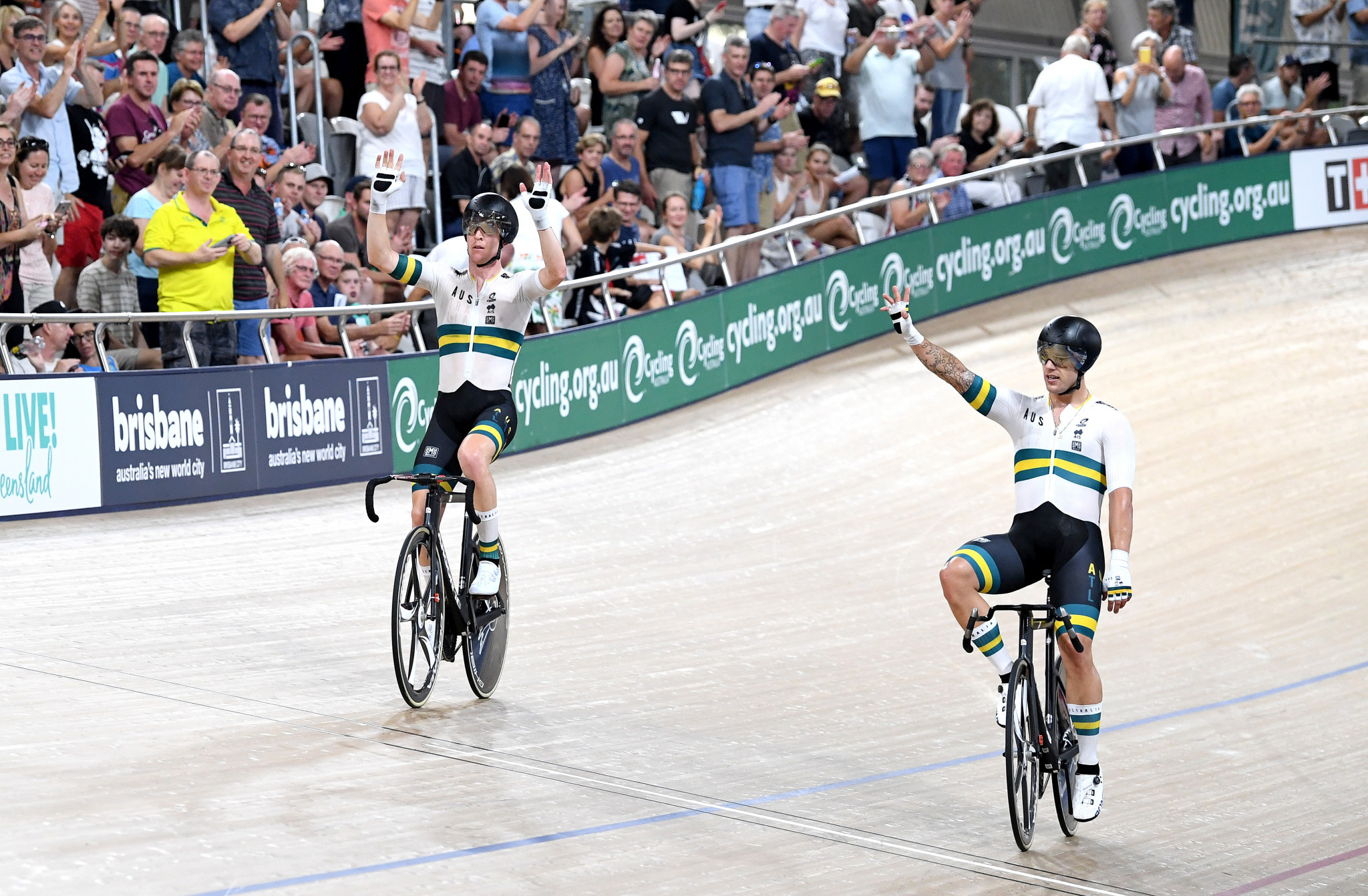 Cameron Meyer and Sam Welsford rounded off the Brisbane stop of the International Cycling Union (UCI) Track Cycling World Cup season in style by winning the men’s madison in front of a home crowd.

The Australia pairing were one of four teams to earn a lap on the field during the event at the Anna Meares Velodrome, which assured them of 20 points.

Meyer and Welsford regularly featured in the scoring positions during the 20 sprint laps, which included winning the final burst for the line to add 10 points to their total.

The duo sealed victory with an overall tally of 76, with New Zealand’s Thomas Sexton and Aaron Gate settling for silver on 60.

The podium places were completed by the French pairing of Morgan Kneisky and Kevin Vauquelin, who ended on 41 points.

Australia’s Stephanie Morton was denied gold for the second consecutive day on the track where she earned a hat-trick of Commonwealth Games titles last year.

Morton was beaten by world champion Lee Wai Sze of Hong Kong in yesterday’s sprint event and she was edged out today by Colombia’s Martha Bayona Pineda in the keirin event.

World Championship bronze medallist Mateusz Rudyk won the men’s sprint competition as he claimed victories in both rides of the final against New Zealand’s Sam Webster.

Australia’s Matthew Glaetzer added to his keirin silver medal as he won the contest for bronze.

It marked an impressive display from the Australian just weeks after having surgery following a diagnosis of thyroid cancer.

He won both rides in the bronze medal contest against Suriname’s Jaïr Tjon En Fa.

American Jennifer Valente provided a consistent series of performances to be crowed winner of the women’s omnium.

Valente began the event with a second-place result in the scratch race, but then earned wins in the tempo and elimination races.

The American extended her advantage in the points race to finish the competition with a winning total of 139.

Canada’s Allison Beveridge was the closest challenger, finishing on 127 for the silver medal.