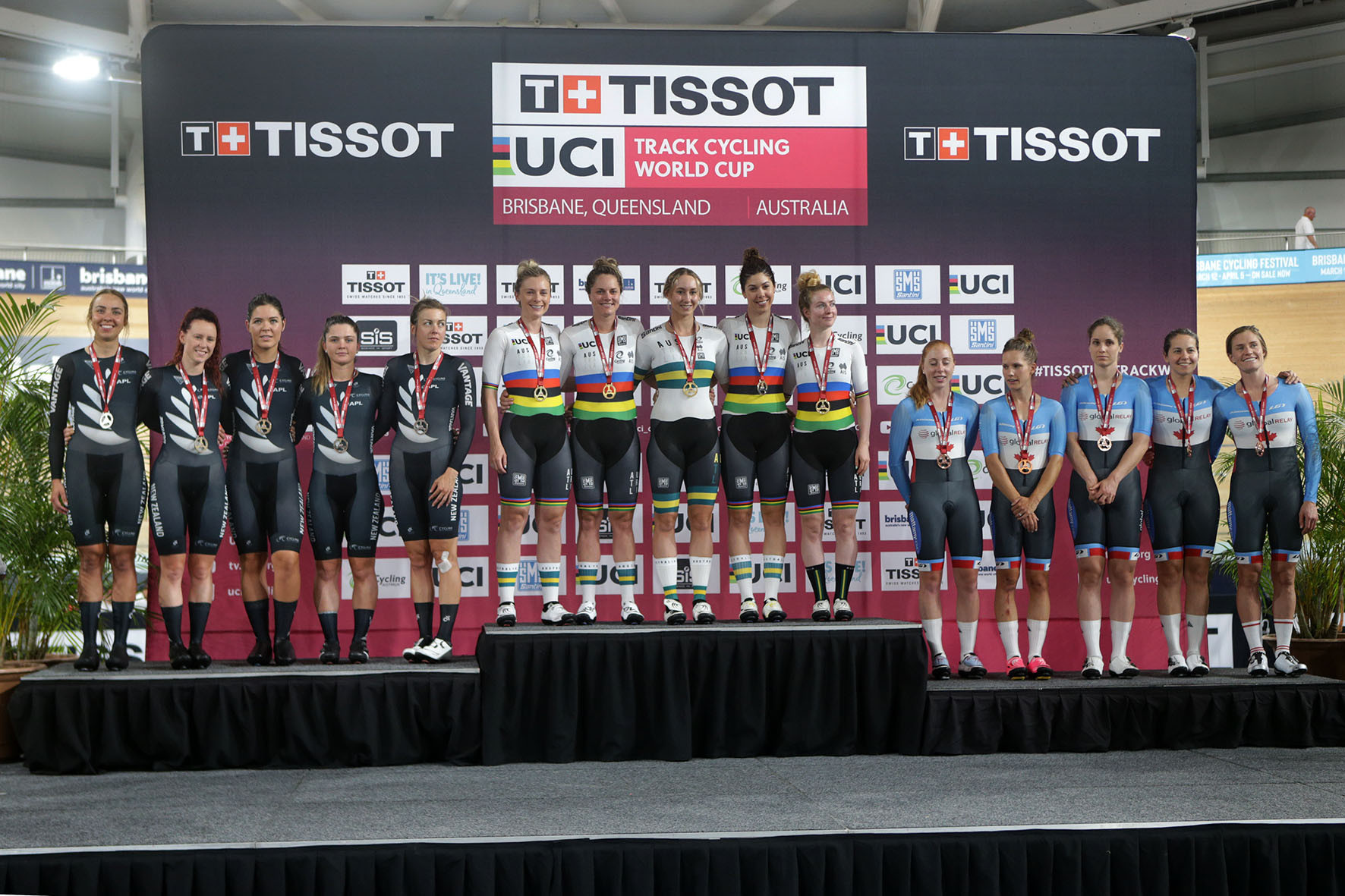 The result evened things up between the two teams after the Australians took the silver medal behind New Zealand at last week’s UCI Track Cycling World Cup in Cambridge.

"We don't get the opportunity to race in front of a home crowd, especially at a World Cup, so we wanted to go out firing and win gold," Edmondson said.

"I think we are heading in the right direction and have been working pretty hard behind the scenes.

"We wanted to do some fast times here in Brisbane, we have ticked some boxes and will use it as inspiration to keep the momentum for the Olympics."

The two teams fought hard over the first two kilometres, before the Australians rode away to win in 3:49.776, 3.825 seconds ahead of New Zealand.

Two other events were decided today, with Japan and Poland claiming the gold medals in the men's and women's team sprints, respectively.

In the women's team sprint, Poland's Marlena Karwacka and Urszula Łoś triumphed over Russia's Ekaterina Rogovaya and Anastasiia Voinova in an exhilarating final, decided by a photo-finish after both pairings clocked 33.029.

New Zealand overcame Great Britain in the bronze-medal race, by a margin of 0.771 seconds in 43.406.

Action in Brisbane is due to continue tomorrow.