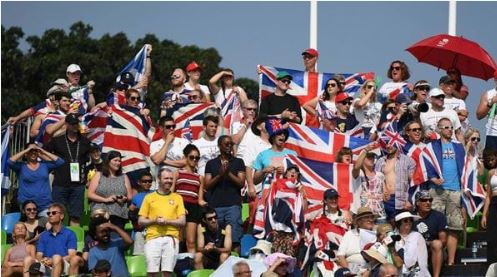 Olympic supporters are being given a unique opportunity at Tokyo 2020, after Team GB announced plans to give fans access to Team GB House during the Olympic Games.

Fans who book an Olympic travel package through Team GB Live will be rewarded with an invitation to the British Olympic team's Tokyo headquarters next July.

Historically, Team GB House has been reserved only for athletes, their families and Team GB partners.

Three-time Olympic gymnastics champion Max Whitlock has thrown his support behind the idea.

He said: "This is an amazing, once-in-a-lifetime opportunity to experience the heart of Team GB at an Olympic Games that has never been available to the supporters before and will give them incredible access."

Fans can purchase three different travel packages for the Olympics, with several multi-sports, gymnastics and aquatics deals on offer through the scheme.

The packages have already proved popular, with the track cycling deal already selling out.