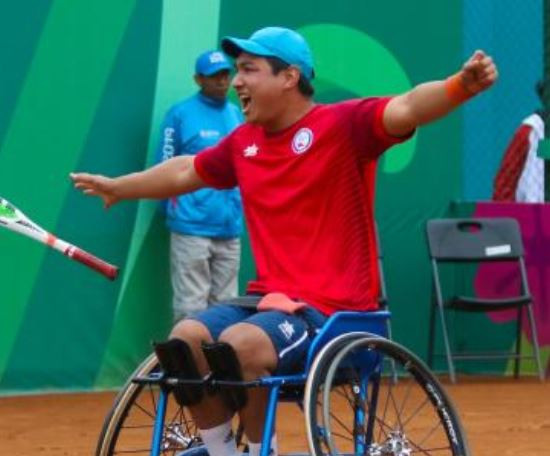 Wheelchair tennis players Alexander Cataldo and Angelica Bernal have been named on the shortlist for the Americas Paralympic Committee Athlete of the Month award for October.

American wheelchair racer Daniel Romanchuk is also in the running for the October award, which will be voted on by the public.

Chile's Cataldo has been shortlisted after celebrating two victories on home soil at the Antofagasta Open.

The 27th seed won both the singles and doubles trophies in northern Chile.

He defeated Rafael Medeiros of Brazil 6-3, 6-3 for singles glory before teaming up with compatriot Jaime Sepulveda to seal the doubles title.

The duo won 6-3, 6-2 against Medeiros and Ezequiel Casco of Argentina.

Colombian Bernal is nominated after winning the Semana Guga Kuerten title in Florianopolis in Brazil.

Romanchuk qualified for the Tokyo 2020 Paralympic Games by winning the Chicago Marathon in October.

The American star retained his title after finishing more than three minutes ahead of his nearest rival in a time of one hour 30min and 26sec.

The public are invited to vote for their winner via the Americas Paralympic Committee homepage until Thursday (November 21).