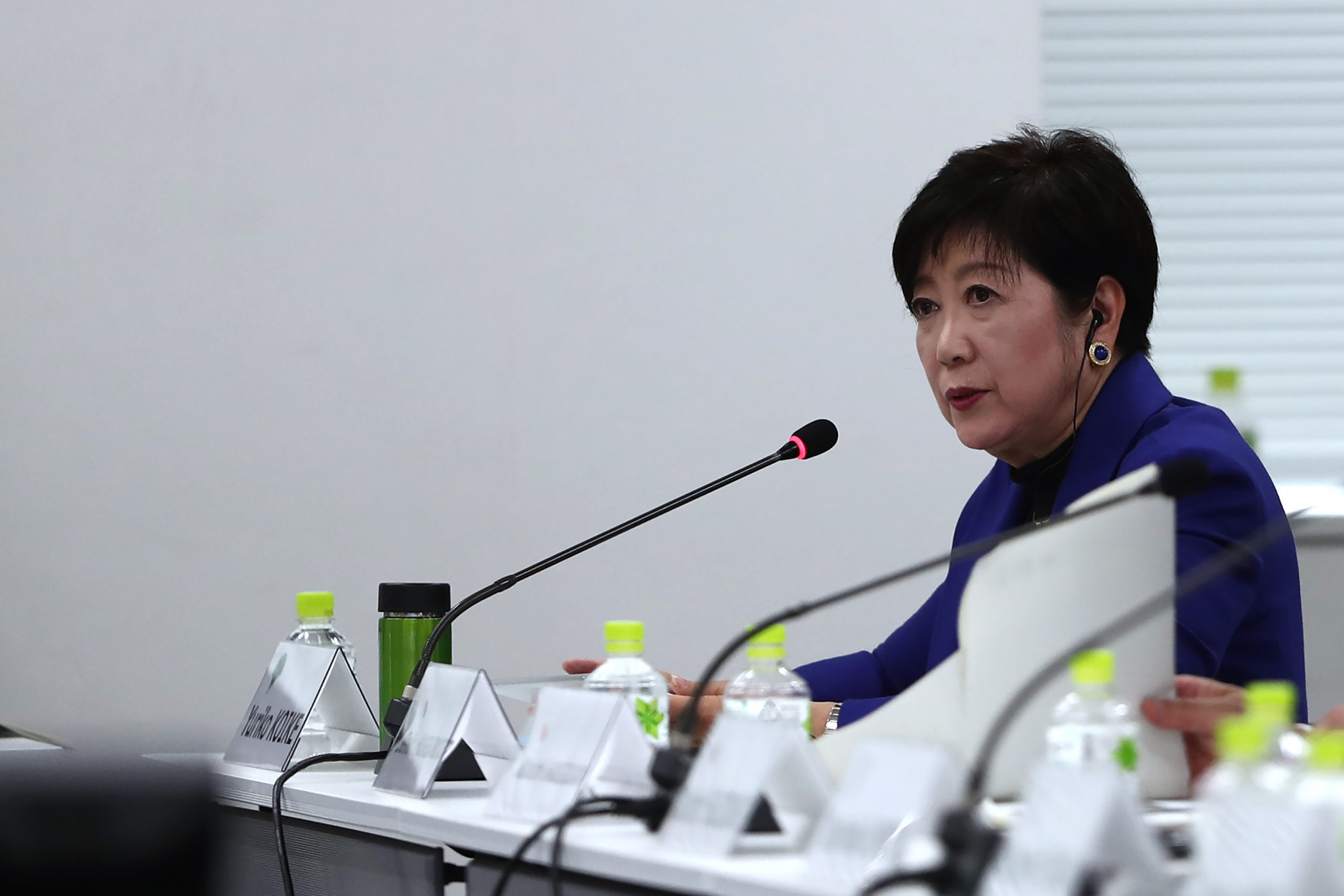 Tokyo Governor Yuriko Koike reiterated her desire to keep Olympic marathon and race walk events in the Japanese capital during a lengthy rebuke of the International Olympic Committee (IOC) for their decision to move the competitions to Sapporo.

Koike warned the Tokyo Metropolitan Government (TMG) considered the action as "an unprecedented turn of events for the IOC to take such a proposal with no consultation or discussion with the host city beforehand".

The IOC announced the races to Sapporo, 800 kilometres north of the capital, earlier this month with the decision claimed to be with the "health and welfare" of the athletes in mind.

This followed concerning scenes during the marathons at the International Association of Athletics Federations (IAAF) World Championships in Doha last month, where a total of 28 athletes withdrew from the women's marathon due to extreme heat, while others were given medical treatment.

Koike has opposed the move, before stressing that progress had been made since Tokyo were awarded the Olympic and Paralympic Games due to teamwork, referencing venue construction, cost reductions heat countermeasures and calls for volunteers.

The Tokyo Governor, who addressing the issue in English and Japanese, also recalled IOC President Thomas Bach’s claim he had never seen a more prepared city for the Olympic Games earlier this month.

"Those words were very reassuring for me," Koike said.

"Two weeks later the IOC has made an announcement about changing the venue.

"This was a major shock to us to the TMG and our citizens.

"This proposal was made with no explanation at all to the TMG until the last moment.

"We are receiving angry opinions about what being a host city really implies.

"We have less than nine months to go and are entering final preparations.

"We consider it an unprecedented turn of events for the IOC to take such a proposal with no consultation or discussion with the host city beforehand."

Koike added that the marathon and race walk courses had received the approval of the IAAF, while adding that the IOC had spoken highly of Tokyo’s heat countermeasures.

Koike highlighted the costs associated with the preparations and claimed the views of athletes should also be acknowledged.

"Much time and money went into these preparations," Koike said.

"It is precisely why we cannot neglect the feelings of athletes who have been conditioning themselves for the course and the climate, as well as local people who have been preparing the stage to welcome these athletes.

"I would like the IOC to give detailed explanation for the change in plans, which can be explained to the people.

"We will explain how we respond to your proposal.

"Let me clearly say as leader of the host city and the representative of the people of Tokyo, it is my wish for the marathon and race walks to be held in Tokyo.

"We would like to see the race walking and marathon events to be held in Tokyo.

"Are we a single united team?

"It is the strong wish of all of us here to work as one team to deliver a successful Games.

"The Games will not succeed without trust in each other."

The Australian, speaking before Koike, attempted to strike a conciliatory tone during opening remarks, offering praise for Tokyo 2020’s work and Japan’s successful hosting of the Rugby World Cup.

Coates acknowledged the decision to move the events was taken quickly and said he had come to Tokyo early to give detailed reasons for the change to Koike.

"If there is any further explanation required, I am ready to devote more time to that over the next few days," Coates said.

"We do not want to leave here without an understanding from the people of Tokyo as to why the IOC Executive Board took the action it did.

"We absolutely recognise and we are so very thankful to the people of Tokyo and the TMG for all they have done, including in construction and addressing the extreme heat.

Coates promised the IOC would seek to reach consensus regarding the decision to move the events.

He said a four-party meeting between the TMG, the IOC, the Tokyo 2020 and the Japanese Government would be held on November 1 to discuss the issue.

The Coordination Commission chair said the working group would "set the framework" for how the changes are implemented in a way that they would be acceptable to each party.