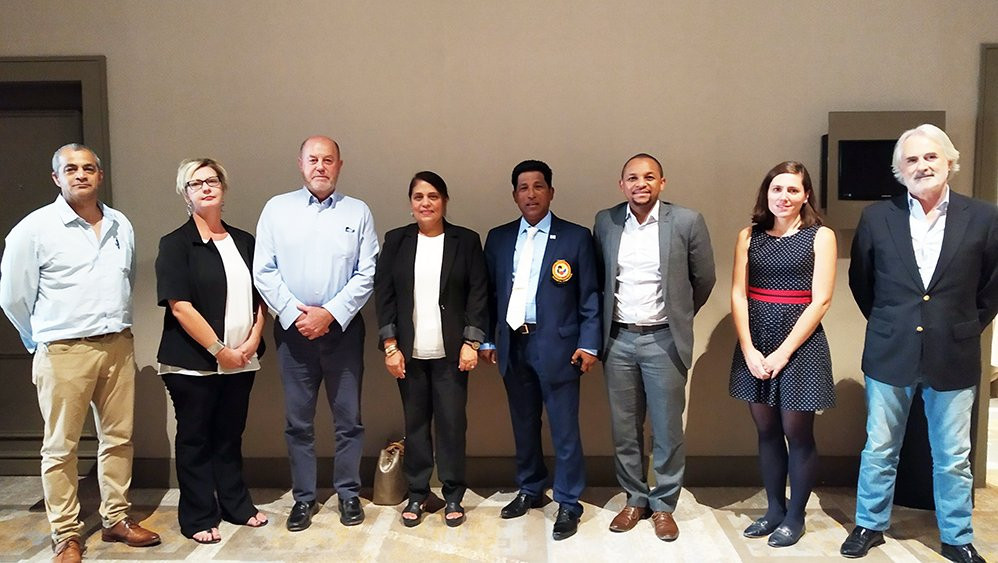 World Karate Federation (WKF) President Antonio Espinós has been encouraged by preparations for the 2021 World Cadet, Junior and Under-21 Championships in Cape Town following a meeting between representatives of the governing body and a delegation of the Organising Committee.

The meeting took place in Chile’s capital Santiago during this year's World Cadet, Junior and Under-21 Championships.

Its aim was to initiate preparations for only the second-ever edition of the event in Africa, 12 years after the 2009 tournament in Morocco’s capital Rabat.

The WKF claims the awarding of the 2021 World Cadet, Junior and Under-21 Championships to Cape Town, located on South Africa’s southwest coast, puts Africa at the forefront of major karate competitions and showcases the global reach of the sport.

Initial ideas to deliver the event were discussed, while plans to ensure the long-lasting legacy in Cape Town and South Africa were also analysed.

"The aim of the WKF is to present the best version of our sport in all of our major events," Espinós said.

"Our World Championships have grown exponentially in terms of influence, media coverage and sponsors interest, therefore it is necessary to implement effective plans to maximise our opportunities in these events.

"After the visit today, all of us are encouraged to move forward and to continue our work."

Confirmation on Cape Town as the host of the 2021 World Cadet, Junior and Under-21 Championships had been deferred by the WKF Congress in Madrid in November of last year.

The WKF had warned the city needed to resolve pending issues and provide guarantees on the "right conditions" for the event.

Egypt topped the medal standings at the 2019 World Cadet, Junior and Under-21 Championships, which took place from October 23 to 27.