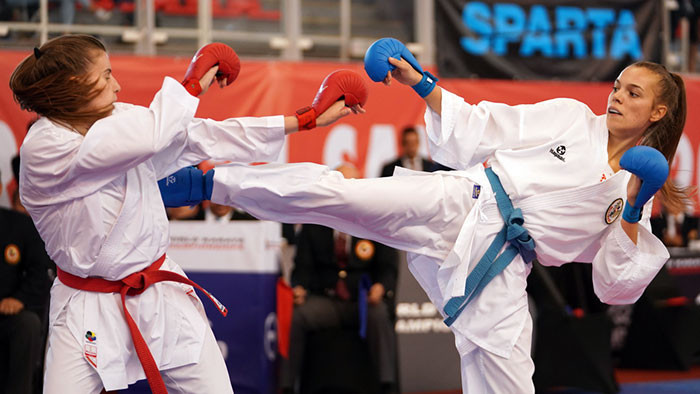 Marina Vukovic became the first Austrian to win a gold medal at the World Karate Federation (WKF) Cadet, Junior and Under-21 World Championships in Santiago.

Vukovic earned a narrow 2-1 victory over Russia's Valeriia Golubeva in the final of the junior women's over-59 kilograms division at the Polideportivo Estadio Nacional.

Egypt won three gold medals in junior events on the third day of the event in the Chilean capital, taking place despite widespread unrest and protests in the city.

Yasmin Nasr Elgewily defeated Russia’s Elizaveta Grigoreva 3-0 in the final of the kumite under-48 kilograms division to kick-start the successful outing for the Egyptian team.

Ahmed Aiman Lotfy triumphed in the men's under-61kg category after edging out Huseyn Mammadli of Azerbaijan 2-1 in a hard-fought gold medal contest.

Mehdi Sriti of Morocco ousted Diego Guerra in the final of the men's junior men's under-76kg competition to further deny the host nation.