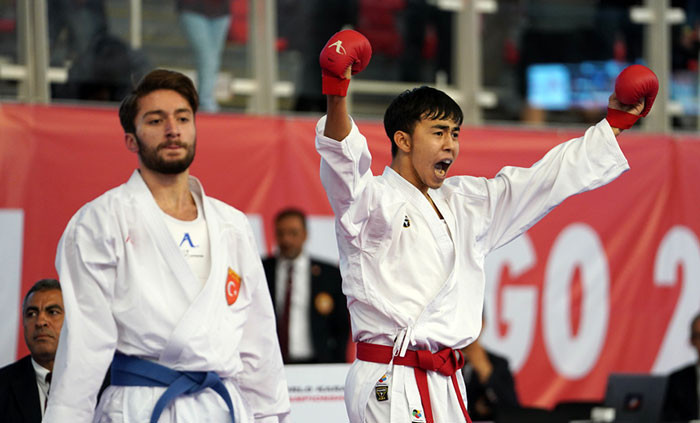 Kazakhstan,Tunisia and Greece earned their first gold medals in under-21 events at the World Karate Federation Cadet, Junior and Under-21 Championships in Santiago.

Kazakhstan’s Abilmansur Batyrgali, who took silver at the continental championships this year, earned a 2-0 win over Omer Abdurrahim Ozer of Turkey in the final of male kumite under-67 kilograms at the Polideportivo Estadio Nacional.

Also opening the gold medal count for his country was Greece’s Christos-Stefanos Xenos, European champion in the under-60kg division, who beat Meshari Alzuabi of Saudi Arabia 4-1.

Morocco added their third gold medal in the tournament as Yassine Sekouri won the under-75kg category.

The last title of the day went to Egypt thanks to Taha Tarek Mahmoud, who beat Mehdi Filali of France 3-2 in the under-84kg weight class.

The Championships conclude with the under-21 women's kumite and team kata competitions.