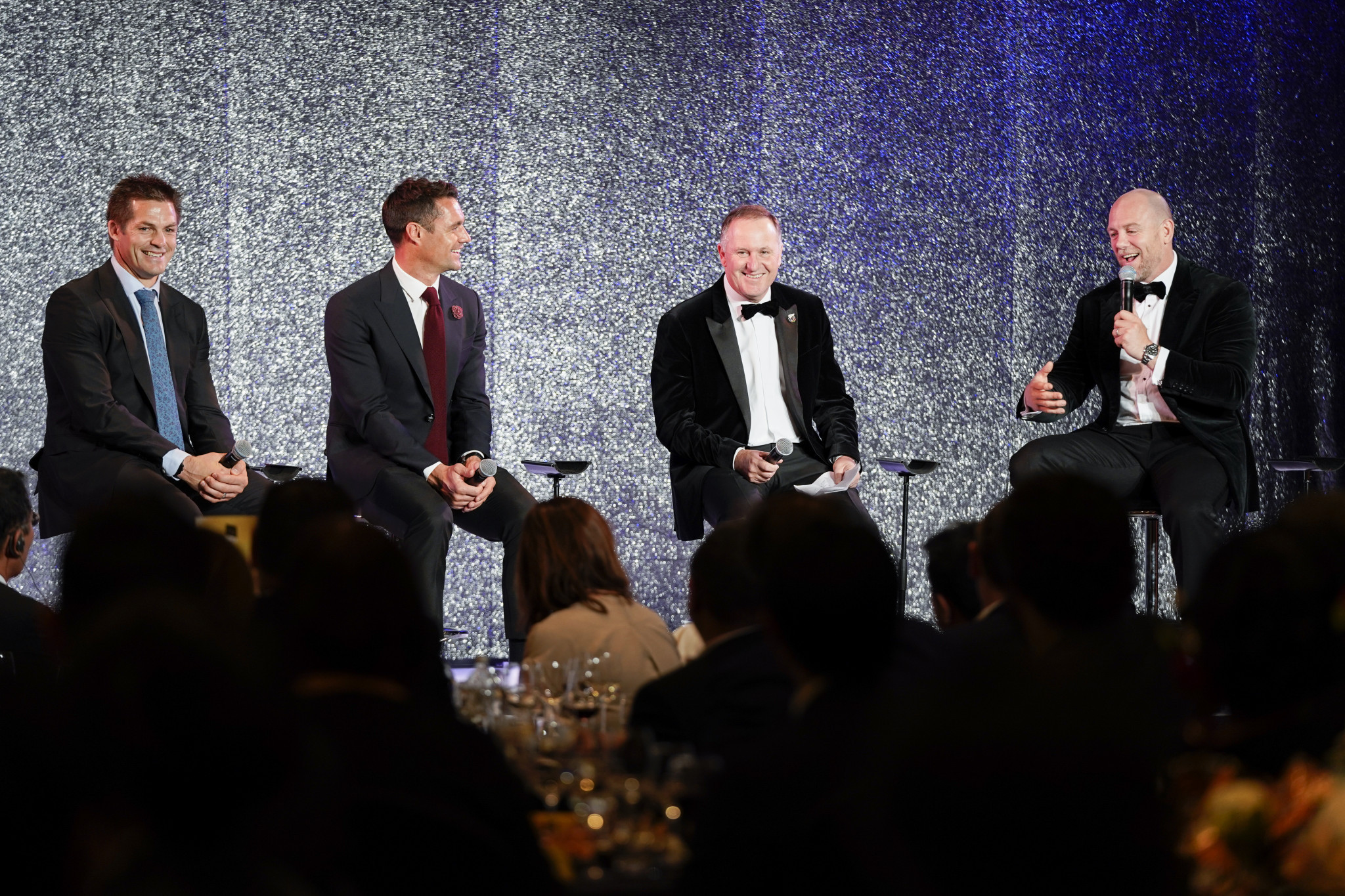 The New Zealand Olympic Committee (NZOC) has celebrated the country’s sporting ties with Japan at a gala celebrating the Rugby World Cup and looking forward to the Tokyo 2020 Olympic Games.

McCaw and Carter won the Rugby World Cup in both 2011 and 2015, with the latter now playing club rugby in Japan at the end of his career.

Carter said Japan’s hosting of the Rugby World Cup and the upcoming Olympic Games had factored into his decision to move to Japan.

"With the Rugby World Cup happening here in Japan and then the Olympic Games happening next year, there’s no better country to be living and playing sport in at the moment," he said.

"I’m really grateful that my body is just holding together and I’m still able to play.”

Attention then turned to the Olympic Games as the NZOC looked back on the country’s achievements at Tokyo 1964.

New Zealand won three gold and two bronze medals at the Games, including Sir Peter Snell’s triumph in the men’s 800 metres and 1,500m.

The NZOC expects to send its biggest ever Olympic team to the Tokyo 2020, with around 220 athletes set to represent the country.

Rob Waddell, New Zealand’s Chef de Mission, said he had been impressed with Tokyo 2020’s preparations to date with test events continuing for the Games.

"We continue to see a lot of progress across venue and operational delivery,” he said.

"The recent test events have been successful for the New Zealand Team and provided a real opportunity to get into the performance planning detail.

"The fantastic delivery and level of support here in Tokyo around New Zealand and the Rugby World Cup has confirmed what a wonderful host nation Japan is.”

A mix of New Zealand and Japanese culture was showcased during the event, with performances from a traditional shamisen orchestra.