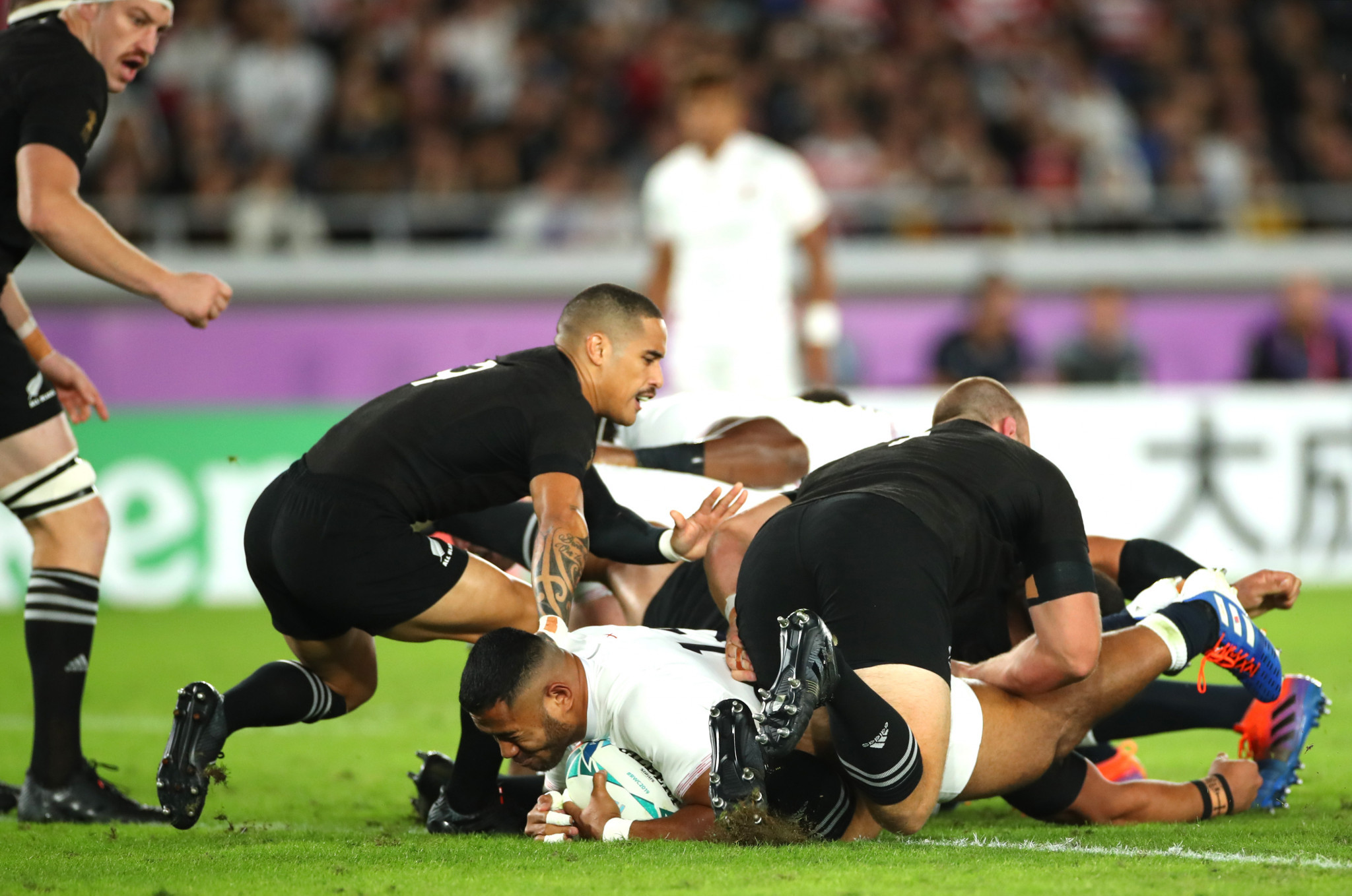 It was a truly brilliant performance from Eddie Jones' men, especially in the forward pack, as they consistently delivered turnover ball and strangled the All Blacks on attack at International Stadium Yokohama.

While the game wasn't a try-fest, it was still hugely entertaining, as England gradually wore down the pre-match favourites, reducing them to desperate hail-Mary passing as the final whistle approached.

The tone was set pre-match, with England going into a V-formation to face the haka - flyhalf Owen Farrell even offered a cheeky grin.

Within one minute and 36 seconds of kick-off his confidence was justified, thanks to a stunning break from Anthony Watson.

The ball was recycled quickly and Manu Tuilagi crossed for the try, converted by Farrell.

England thought they had another five-pointer 10 minutes later, but Sam Underhill's effort was disallowed for obstruction earlier in the move.

However, the signs were ominous for New Zealand, who just couldn’t get their game going and went in 10-0 down at halftime, thanks to a George Ford penalty.

If the All Blacks were given a dressing down at the break, it certainly didn't show.

England were sharper at the start of the second half, with Ben Youngs seemingly going over for an obvious score.

But there was a loss of control of the ball in the rolling maul, which the eagle-eyed Television Match Official spotted and the try was overturned.

Ford made the score 13-0 with another penalty, before New Zealand finally got some momentum.

On their own line, England butchered a lineout, with Ardie Savea collecting and scoring the try, which Richie Mo'unga converted and suddenly the All Blacks had a lifeline at 13-7.

If England were under pressure, they certainly didn't show it, going straight down the other end of the pitch.

It was a sad, dispiriting exit for the southern hemisphere side, who were seeking a record third consecutive title.

England now take their place in a fourth World Cup final next Saturday (November 2), and will play either South Africa or Wales who meet in Yokohama tomorrow.