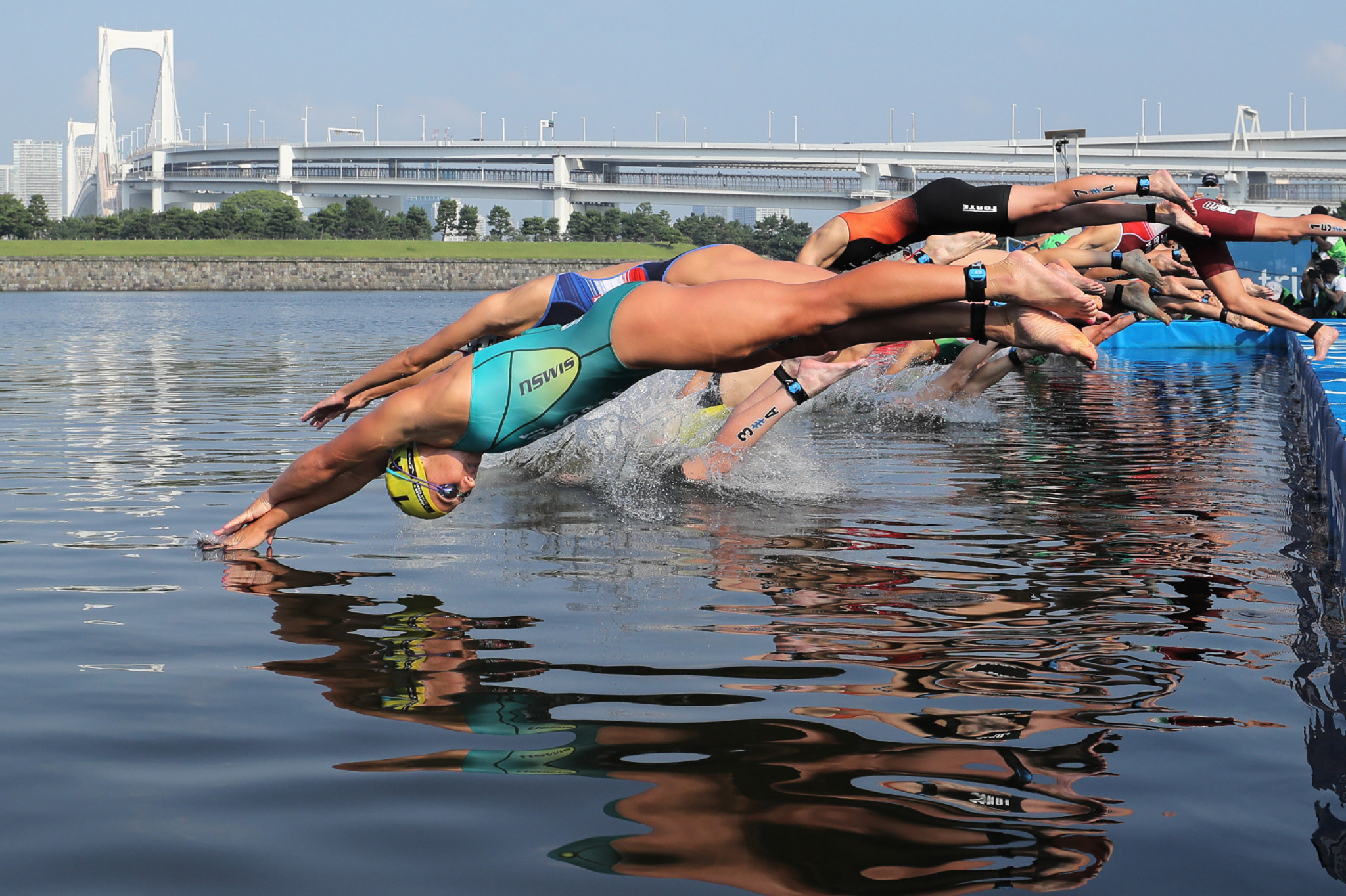 Start times for triathlon and the cross-country stage of equestrian competition will be brought forward due to heat concerns, Tokyo 2020 and  the International Olympic Committee (IOC) revealed today.

In a joint press conference dominated by the decision to move marathon and race-walk events to Sapporo amid fears over extreme heat, Tokyo 2020 President Yoshirō Mori confirmed talks around other events.

"Discussions have been taking place over the times of competition for triathlon and equestrian," he said.

"We have come to a common understanding with the IOC and International Federations to bring forward competition times.

"With regard to the triathlon, the men's, women's and mixed relay will be moved forward by one hour.

"In equestrian we will change the starting time for the cross-country event.

The men's and women's triathlon events are due to take place at the Odaiba Marine Park on July 27 and 28, respectively.

Both competitions are currently scheduled to begin at 7.30am, so the proposed change will move that to 6.30am.

The mixed team relay is set to be brought forward from 8.30am to 7.30am at the same venue on August 1.

The Tokyo 2020 test event in August saw organisers reduce the distance of the run from 10 kilometres to 5km due to extreme heat.

The swimming and cycling segments of the event were unchanged.

Cross-country eventing is currently scheduled to take place from 8.30am to 11.55am on August 2 at the Sea Forest Cross-Country Course.

The proposed change could see it begin one hour earlier.

Revised start times for both sports will be subject to approval of the IOC Executive Board.

They will be the latest changes to start times, with organisers having already determined longer-distance athletics events over 5,000 metres to be scheduled in the evening, not the morning.

All morning matches at the rugby sevens will finish before 12pm and mountain bike races have been delayed until 3pm.

IOC Coordination Commission chair John Coates said transport and legacy planning had been an area discussed during the three-day visit to the Japanese capital.

He said further work was needed at certain venues to ensure long-term use after next year's Olympic and Paralympic Games.

"We have paid attention to legacy," Coates said.

"Often you have these new venues, but there is not a plan in place where the national federations know properly how to utlise them.

"We want to see particular attention given to the legacy use of these venues.

"There has also been a lot of detailed planning regarding transport, but we now need to see it in operation.

"We need to see price control and traffic demand management in operation.

"The planning looks very good, for instance the planned times for athletes to the different venues."