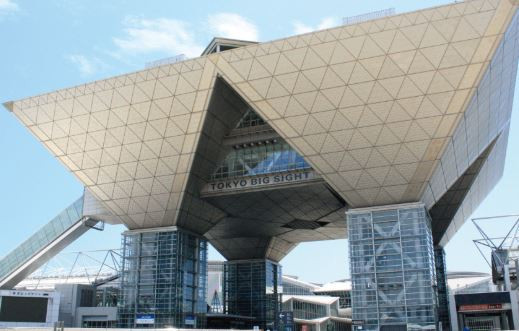 Extreme heat and inclement weather are likely to come under the spotlight as global media outlets gather here over the next four days for the Tokyo 2020 World Press Briefing.

It is the second such briefing held by Japanese officials and issues relating to extreme heat, venue operations, lessons learned from test events and transportation are all on the agenda for the conference at Tokyo Big Sight.

The four-day press briefing is due to start tomorrow with a presentation from Tokyo 2020 into media operations, covering venue press operations, technology, accreditations and transport.

Time has also been set aside though for updates on the Torch Relay, a presentation from the International Olympic Committee (IOC) and Tokyo Metropolitan Government.

With just nine months to go until the Opening Ceremony on July 24, questions relating to heat countermeasures and contingency plans for inclement weather following last weekend's Typhoon Hagibis are expected to be addressed.

Typhoon Hagibis left a trail of destruction across Japan, with 53 lives lost in torrential downpours, landslides and subsequent flooding.

Japanese news agency Kyodo reported earlier today a further 38,000 people across 17 prefectures had evacuated from their homes in the last 72 hours.

In Chiba, where surfing is set to make its Olympic debut at Tsurigasaki Surfing Beach, a man was reported dead after winds flipped his car and a 5.7 magnitude earthquake caused further chaos on Saturday (October 12).

In August The Liberal Democratic Party in Japan announced would create a heatstroke prevention study to help the country prepare for Tokyo 2020 and attempt to mitigate weather concerns following temperatures that soared to 40 celsius.

More than 50 people died in the city in July as a result of the heatwave as athletes competing in "Ready Steady Tokyo" test events raised a number of heat-related concerns.

At the IOC's Executive Board meeting in Lausanne earlier this month, President Thomas Bach revealed a survey was being sent to International Federations to help the Organising Committee benefit from past experiences.

On Wednesday and Thursday (October 15 and 16), a series of venue tours will be held across Tokyo.

These include the Tokyo Aquatics Centre, the Oi Hockey Stadium and Tokyo Metropolitan Gymnasium, which will provide a viewing platform to the Olympic Stadium.

On Friday (October 17), journalists will be given the opportunity to field questions to members of the Tokyo 2020 functional areas teams on a one-on-one basis, with a special photographers briefing session scheduled for Friday afternoon.