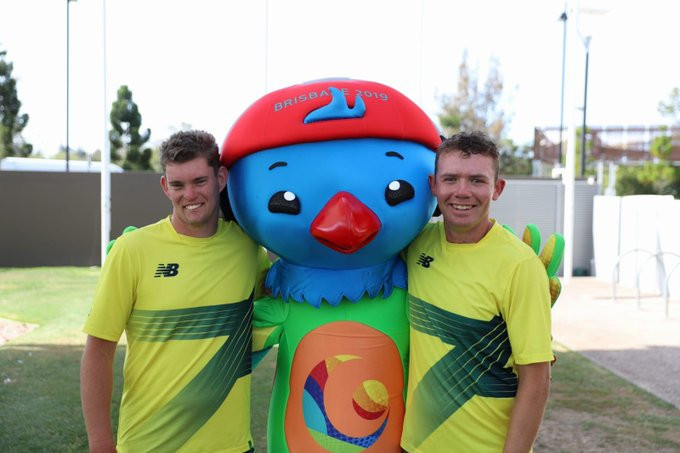 Hong Kong’s Long Tin Chan and the Australian men's 4x100 metres freestyle relay team broke world records on their way to gold medals in the pool at the International Federation for Athletes with Intellectual Impairments (INAS) Global Games in Brisbane.

Long triumphed in the men’s 400m individual medley II1 in a time of 4min 43:52sec at the Brisbane Aquatic Centre.

The time from the 18-year-old was nearly 10 seconds faster than the previous record, held by Japan's Keichi Nakajima.

Brazil took gold in the women's equivalent, touching the wall in 4:16:80 to set INAS and Global Games records.

Valeriia Shabalina of Russia earned her third gold medal of the Games with victory in the women’s 400 metre freestyle II1.

The first gold medals were won in the track and field events today as France’s Beatrice Aoustin won the women’s hammer II1 with a best attempt of 44.06 metres.

In the men's event, Thailand’s Boonkong Sanepoot reigned supreme by throwing 47.05m, only 39 centimetres off the INAS world record of 47.44m.

Makiko Toyoshima was nearly a minute adrift of her compatriot in silver medal position and Misaki Ari did enough for the bronze medal.

Nicolas Virapin of France made history as he became the first men’s 100m INAS Global Games title in the new II2 category.

Action in Brisbane is due to continue tomorrow.