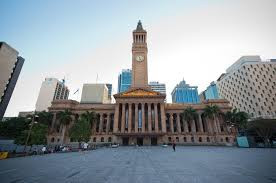 The largest edition of the International Federation for Athletes with Intellectual Impairments (INAS) Global Games is set to begin tomorrow in Brisbane.

Over 1,000 athletes from 47 nations are expected to compete in the Australian city, the largest field in the event's 16-year history.

An Opening Ceremony will celebrate the start of competition, tomorrow at King George Square in front of City Hall.

Athletes will parade through the streets of Brisbane, heralded by a marching band and displaying flags.

Ten sports will be contested in total, with fustal, basketball and swimming beginning on Sunday (October 13).

Portugal are the defending champions in the futsal tournament, while the hosts are expected to impress in the pool.

Kiera Byland of Britain may dominate the road cycling, with the women's time trial and road race world champion set to compete at the Anna Meares Velodrome as well.

Track cycling gets underway on October 19, the last day of competition, while tennis will take place the day prior.

The venues, which include Queensland Tennis Centre and Sleeman Sports Centre, will be frequented by Lorri the rainbow lorikeet, the Games mascot.

Australia will be aiming to top the medal table once again, having done so since 2009.