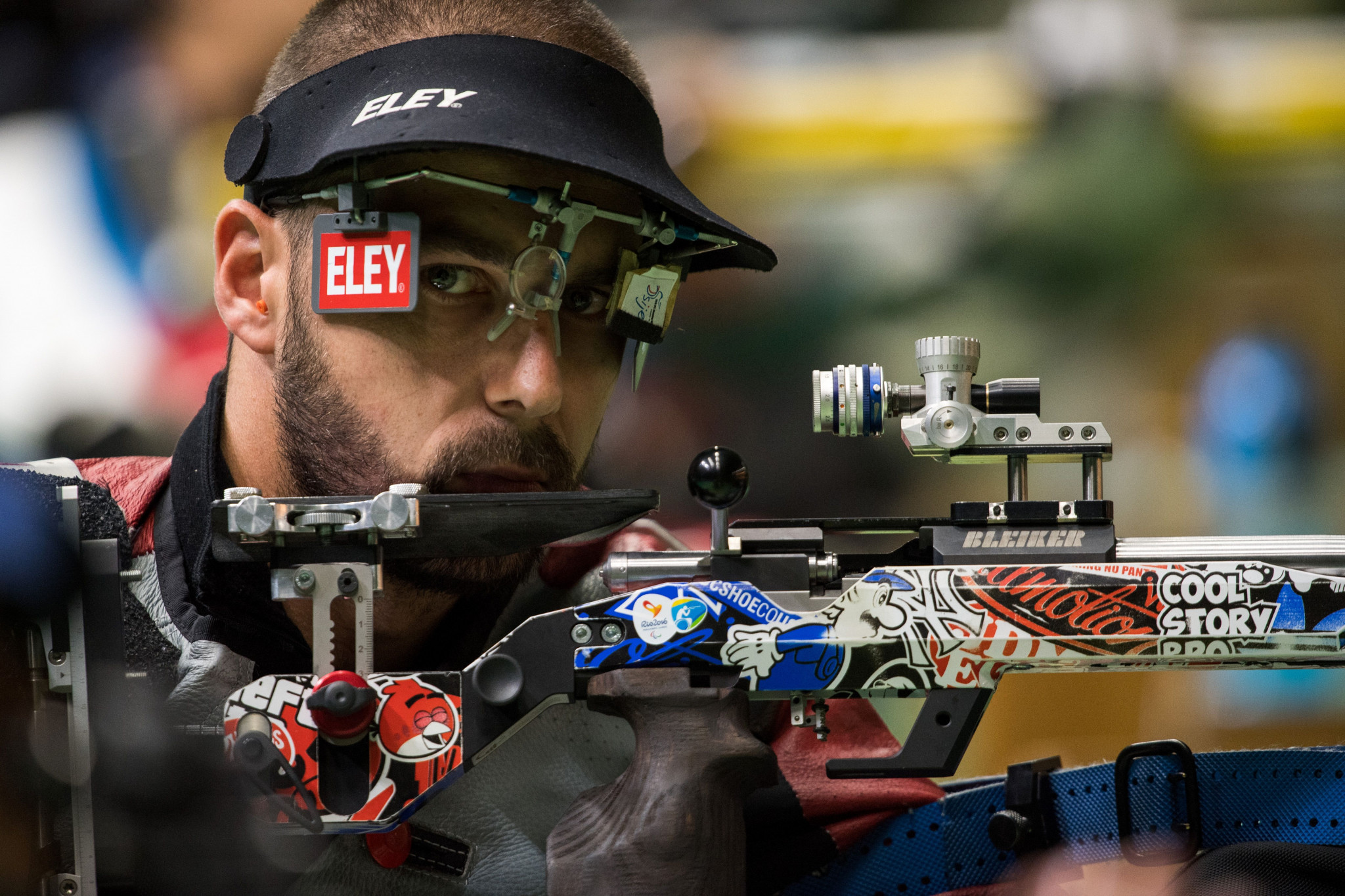 The Beijing 2008 Paralympic Games gold medallist scored a total of 253.2 points in the final to top the podium at the Sydney International Shooting Centre, a venue purpose-built for the 2000 Olympics and Paralympics.

Skelhon edged out Australia's Anton Zappelli to secure the title.

Zappelli was 0.3 points adrift in silver medal position having amassed 252.9.

Yan Yaping of China did enough for bronze with a score of 232.1 points.

World and European champion Veronika Vadovicova of Slovakia endured a disappointing day, finishing down in eighth place on a total of 125.6 points.

Yang Xing of China failed to live up to his pre-event billing as the favourite as he was forced to settle for bronze.