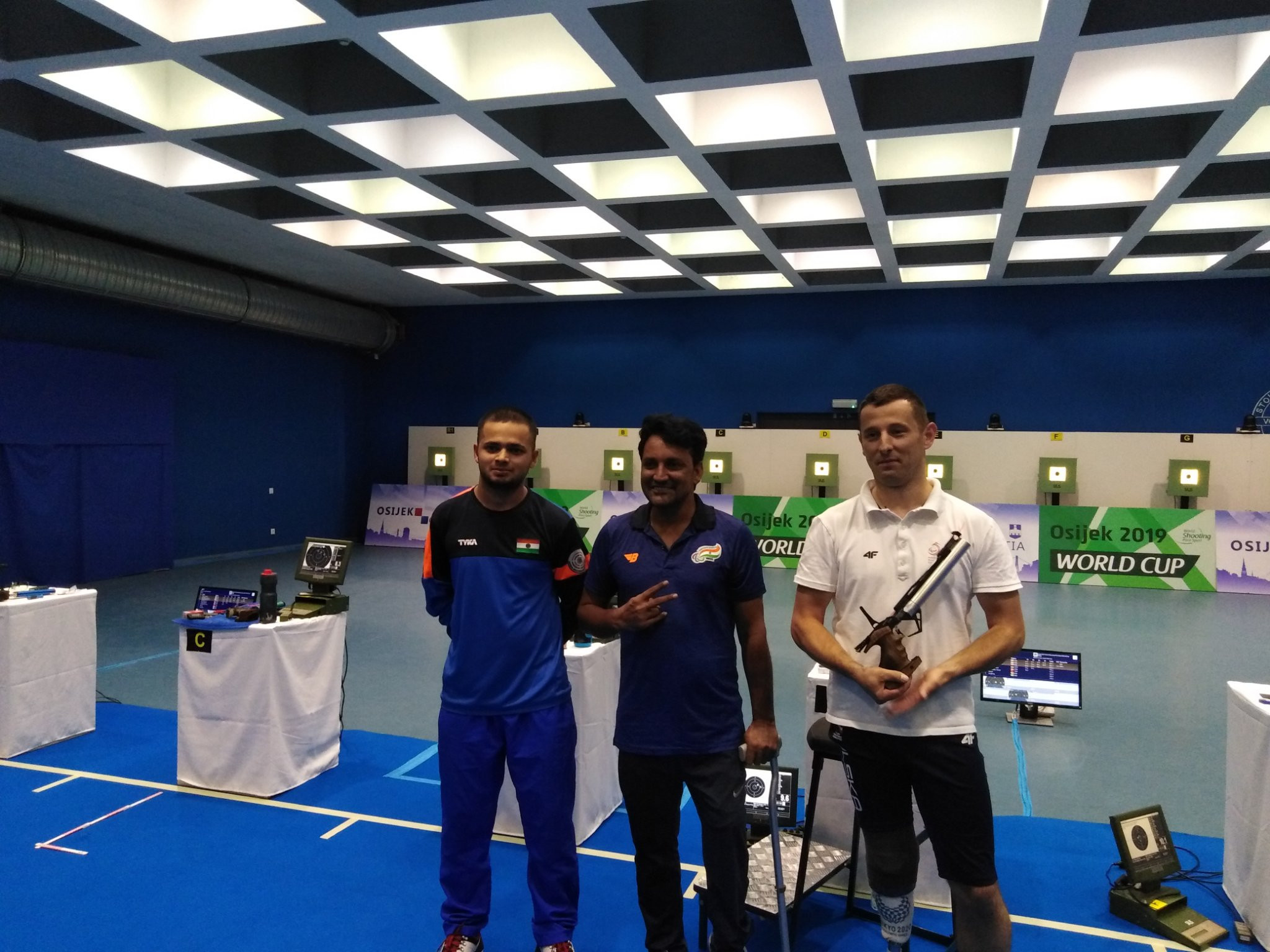 Jakhar Rahul stormed to a world record as he claimed gold in the men’s 10 metres air pistol SH1 at the World Shooting Para Sport World Cup.

Rahul racked up 240.1 to lead an Indian one-two in Croatian city Osijek, with Manish Narwal’s world junior record of 236.7 only good enough for silver.

Well adrift but taking bronze on 212.2 was Poland’s Szymon Sowinski, on the event’s fifth day of action.

There were two further medals for India in the women’s 10m air pistol SH1.

In a contest which came down to the final shot, India’s Nisha Kanwar prevailed on 230.7, meaning Turkey’s Aysegul Pehlivanlar had to be content with silver on 229.7.

Britain’s Matt Skelhon picked up his second silver of the week in the mixed 50m rifle prone SH1, finishing on 248.1.

But it was Germany’s Natascha Hiltrop who secured top honours on 249.5, with Anna Normann of Sweden sealing bronze on 225.7.

There was a tight finish in the mixed 50m rifle prone SH2, Serbia’s Dragan Ristic topping the rostrum with 250.3.