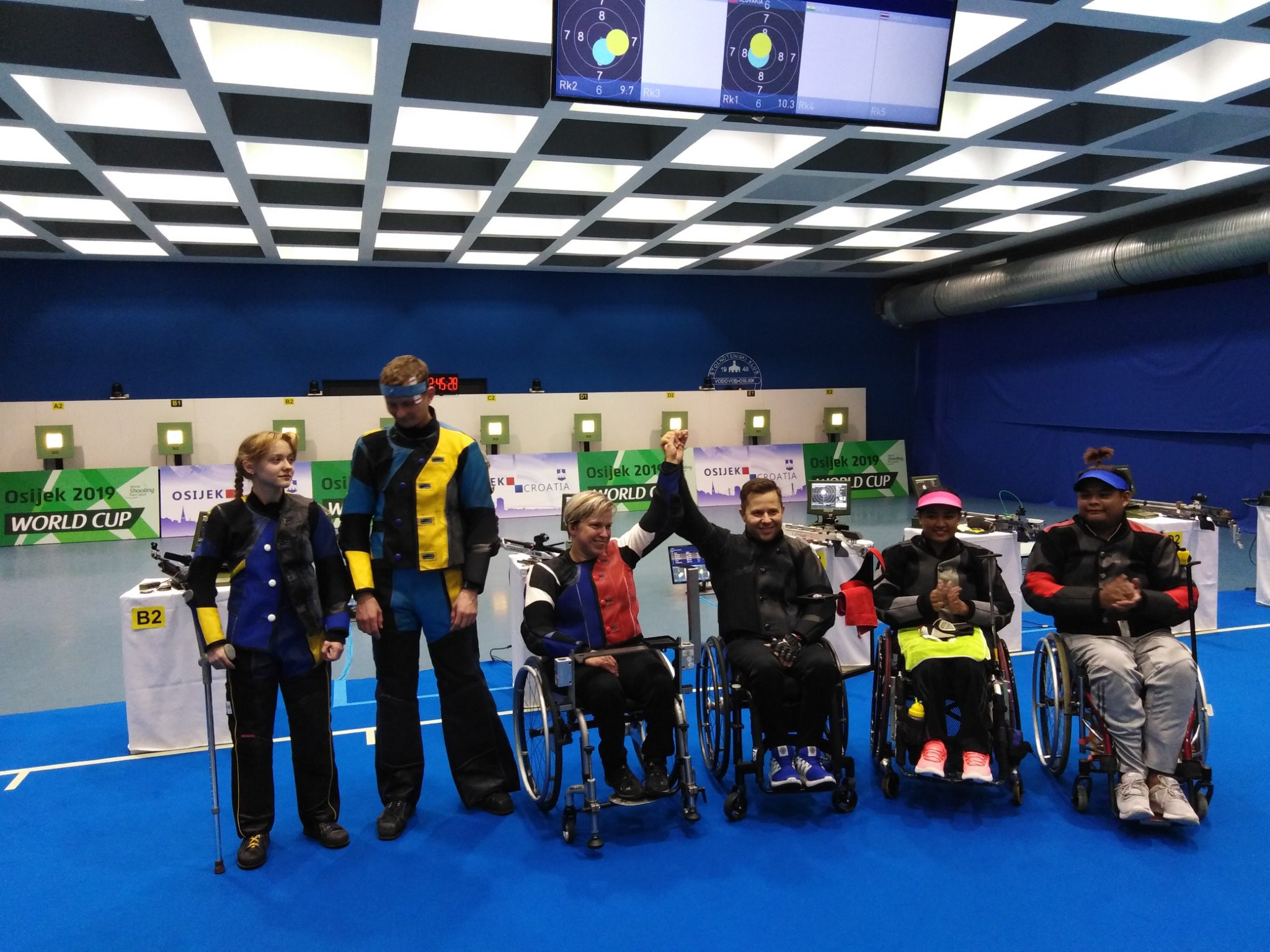 And Vadovičová, a double gold medallist at Rio 2016, added another victory to her résumé as she helped Slovakia score 493.5 to narrowly edge out Ukraine, who totalled 492.8 at Gradski Vrt Hall.

Well adrift in third were Thailand’s top team, who managed 429.7.

There was a surprise in the mixed team 10m pistol final, where India’s second string topped the podium on 462.0.

Nisha Kanwar of India, winner of the women’s 10m air pistol SH1 on Monday, added another gold to her collection.

She triumphed in the women’s 10m air rifle standing SH1, sealing victory with 230.7.

Silver went to Aysegul Pehlivanlar of Turkey on 229.7, while Rubina Francis of India earned bronze on 206.3.