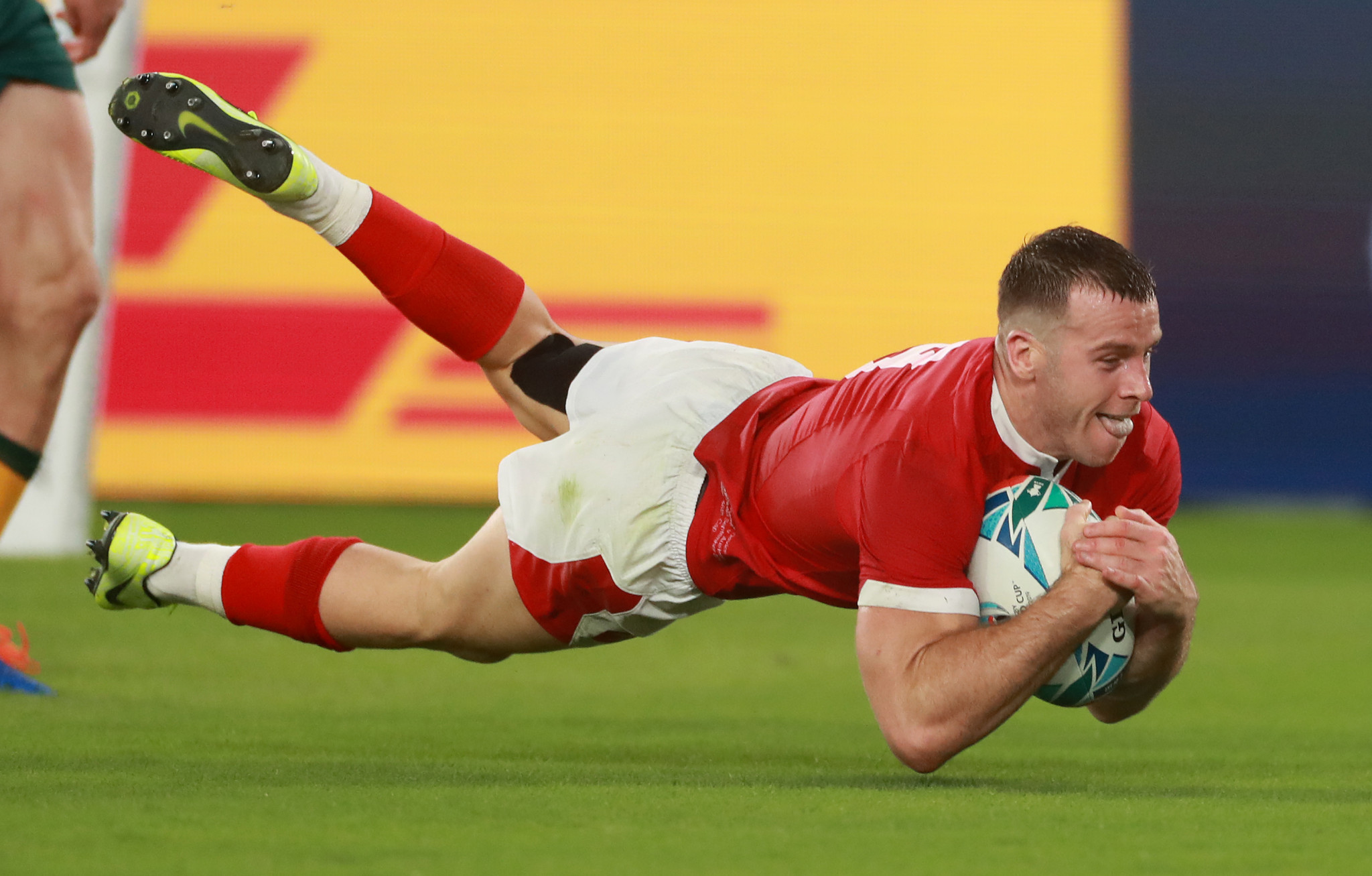 The Six Nations Grand Slam winners led 23-8 at the break and then held off an Australian comeback to win at Tokyo Stadium.

Warren Gatland's side will now likely top Pool C after winning the encounter between the group's two heavyweights.

Dan Biggar kicked an early drop goal to put the Welsh 3-0 up but then dragged a penalty wide of the posts.

The first try arrived after 11 minutes when Hadleigh Parkes clutched hold of Biggar's kick to the corner before dotting down.

Biggar converted and Wales had a 10-0 lead, but Adam Ashley-Cooper then dived over the whitewash for an Australian try to reduce the arrears.

Bernard Foley did not add the extras but he made up for that with a penalty to bring the score back to 10-8.

Wales started to pull away afterwards, however, with Rhys Patchell slotting two penalties after Biggar had left the field.

Gareth Davies then sprinted away for a second try and, after Patchell converted, the lead was 15 points at the break.

Patchell kicked a drop goal to increase the advantage shortly after the restart but the Australian comeback then began as Dane Haylett-Petty scooted over for a try.

Matt To'omua converted before Michael Hooper grounded another Australian try underneath the posts shortly after the hour mark.

To'omua again added the conversion to make it 26-22 and when the same player added a penalty, the Welsh lead was just one.

Patchell added daylight again with another penalty, however, and Wales were then superb in defence as they saw out the match.

They ended the game with Liam Williams playing on through injury but still had enough to complete the job.

It means they have backed up their victory over Georgia while Australia have failed to build on their success against Fiji.

"It was a really tough match," said Gatland.

"We played pretty well in the first half and spoke at half time about making sure we continued to play.

"Australia were really good in the second-half.

"They put us under a lot of pressure and had a lot of ball.

"It was a typical Wales v Australia clash.

"It went right to the wire.

"I thought our players showed some great composure.

"The bench gave us some impact as well and to win that was very pleasing."

In today's other Pool C game Georgia bounced back from their defeat against Wales by beating Uruguay 33-7.

The South Americans had giant-killed Fiji in their opening clash but were second best today at Kumagaya Rugby Stadium.

Georgia scored five tries for the bonus point with Alexander Todua and Otar Giorgadze both crossing before half-time.

Andrés Vilaseca scored a Uruguayan try in the first half but they did not add anything further following the restart as Levan Chilachava, Jaba Bregvadze and Giorgi Kveseladze all went over.

Pool A resumes tomorrow with Scotland due to take on Samoa in Kobe.

The Scots need to recover from their opening defeat to Ireland, while Samoa defeated Russia in their first game.