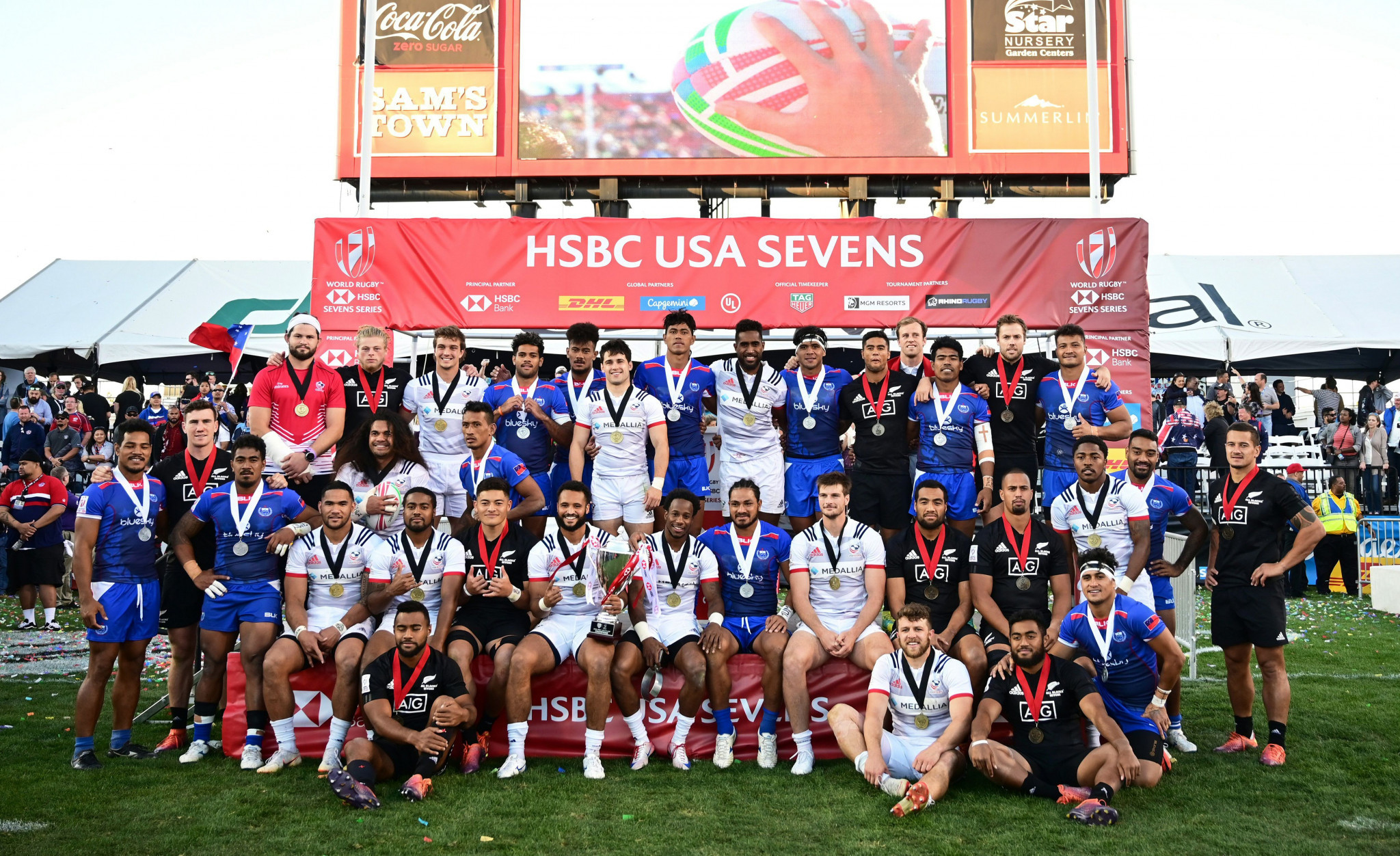 The United States have thrown their hat into the ring to host a future Rugby World Cup.

Japan are currently hosting the tournament for the first time in Asia and rugby bosses are keen to expand the sport's scope to cash in on its global appeal.

The 2023 edition will be in France, with World Rugby looking to have a double vote to decide the destinations for the 2027 and 2031 tournaments.

World Rugby chief executive Brett Gosper believes the US have a strong case.

"What’s being considered next time is choosing two World Cups - like we did with England and Japan - so we can make a bolder decision and a traditional decision," Gosper told the Mail on Sunday.

"If we do that, there are many territories we could look at.

"It's a hard one to predict, but I think the sport should be considering the move to North America.

"It gives us interesting growth possibilities and individuals in the American system have expressed an interest."

Football has followed a similar path, with its World Cup held in the US in 1994, delivering the most financially successful tournament in history.

Rugby is stronger than its ever been in the region, thanks to high-profile international fixtures and increased sevens success.

Ireland recorded their first-ever victory over the All Blacks 40-29, in 2016 at Soldier Field in Chicago, while US have won the Las Vegas World Rugby Sevens Series event for the past two years.

Factor in the growing Major League Rugby, expanding from nine teams to 12 next season, and the arrival of big-name imports such as Mathieu Bastareaud and Ben Foden at New York Rugby United, and the potential is obvious.

"They’ve got a Major League now, and there are some high net-worth individuals investing in sport over there," Gosper said.

"It would certainly accelerate some possibilities in that part of the world which would be good for everyone because the revenue would go back into the game.

If America did get the nod, National Football League stadiums are likely to host matches.