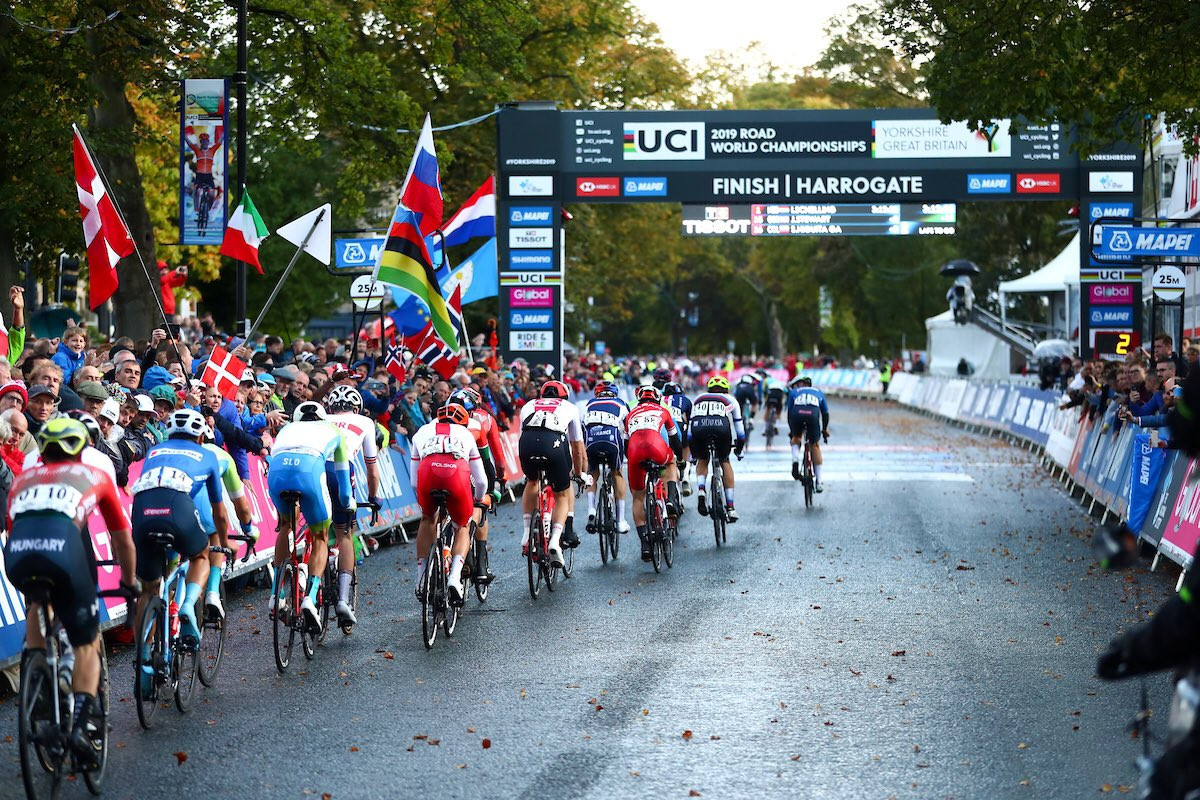 Italy's Samuel Battistella was declared winner of the the under-23 men's road race at the International Cycling Union (UCI) Road World Championships in Yorkshire after Nils Eekhoff was disqualified.

The Dutch rider rossed the line first following the 186.9 kilometres race from Doncaster to Harrogate.

After a lengthy jury deliberation after the race, however, Eekhoff was judged for "drafting" his team car - effectively using the slipstream to help him gain speed.

The stage victory was, therefore, handed to Battistella, with Switzerland's Stefan Bissegger moving into the silver medal slot.

Home rider Tom Pidcock moved from fourth to third, having initially appeared to have missed the medals after mistiming a sprint to the finish.

It had already been an incident packed race before the disqualification, time trial champion Mikkel Bjerg of Denmark suffering a puncture, before a big crash with 70km remaining put paid to many riders' chances.

After a review of the race footage by the UCI commissaires, @nilseekhoff has been disqualified.

The Men U23 Road Race Podium:

After a thrilling conclusion, which saw multiple riders attempt moves for the front in the final kilometres, Eekhoff crossed the line first in 3 hours 53min 52sec - only to be stripped of his gold medal.

Jastrab battled with junior women's time trial winner Aigul Gareeva into the final kilometres, before pulling clear to deny the Russian a double victory, winning in 2:08:00.

Gareeva finished fourth after being swamped in the sprint for the line, with Julie De Wilde of Belgium taking the silver medal and The Netherlands' Lieke Nooijen bronze.

Elynor Backstedt was the best British finisher in fifth.

Tomorrow is due to see the elite women's road race over 149.4km from Bradford to Harrogate.