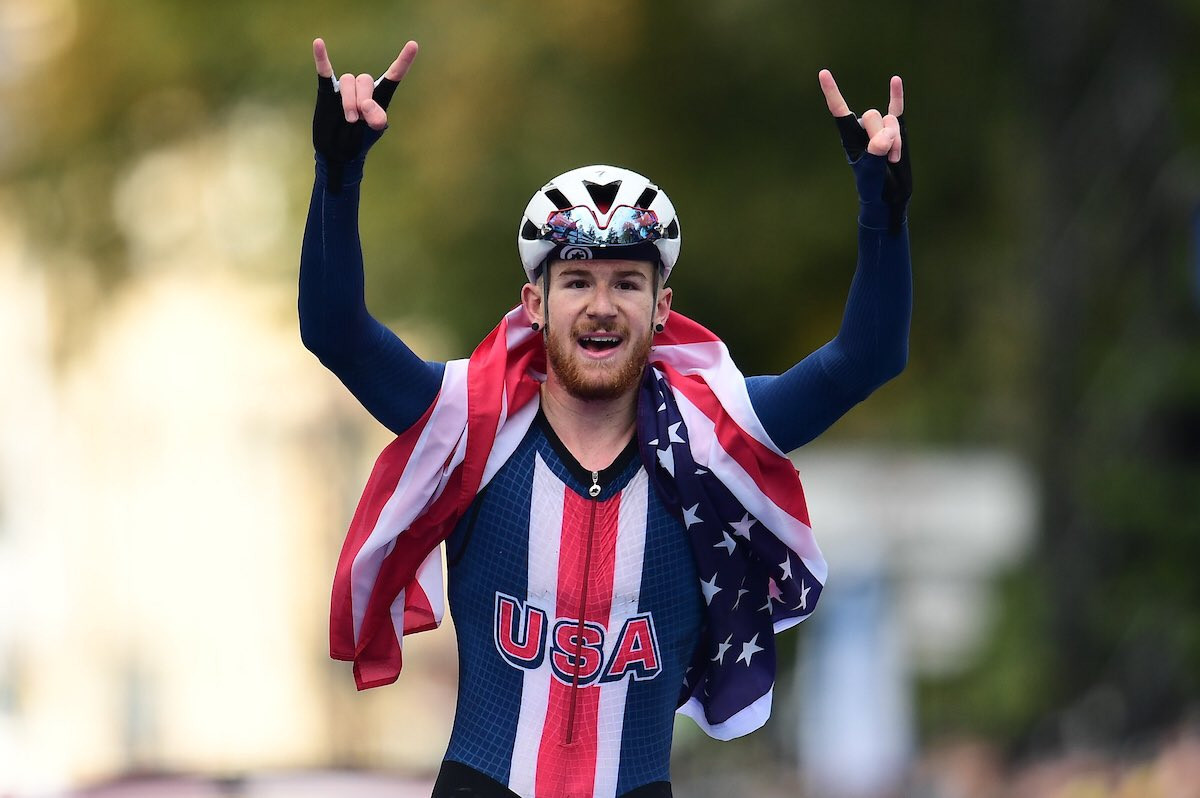 It was a day where the Americans dominated, Simmons feeding off the relentless early energy of team mate Magnus Sheffield.

Simmons, 18, then launched an attack on his own with 30 kilometres to go of the 148.1km race from Richmond, on the three laps of the finishing circuit in Harrogate.

He left behind the other four cyclists in the leading group as they entered the spa town, and crossed the line in three hours, 38 minutes and four seconds.

“I had a good feeling about this course and we had a really strong team. I want to say a big thanks to all the guys.”

- @QuinnSimmons9 🇺🇸 on his 🥇and a fantastic team performance. #Yorkshire2019 pic.twitter.com/H4VHcpILPb

Alessio Martinelli also launched an attack of his own and finished well in second place, albeit a full 56 seconds behind Simmons.

Sheffield earned a deserved bronze medal, holding off his rivals in a group sprint and crossing the line in 3:39.37.

The competition continues tomorrow with the junior women's and under-23 men's road race events.

Both races will start in the town of Doncaster and finish, as with all events this week, in Harrogate.

The women will race over 86km, while the men will complete a 186.9km course including three laps of the town centre circuit in Harrogate.