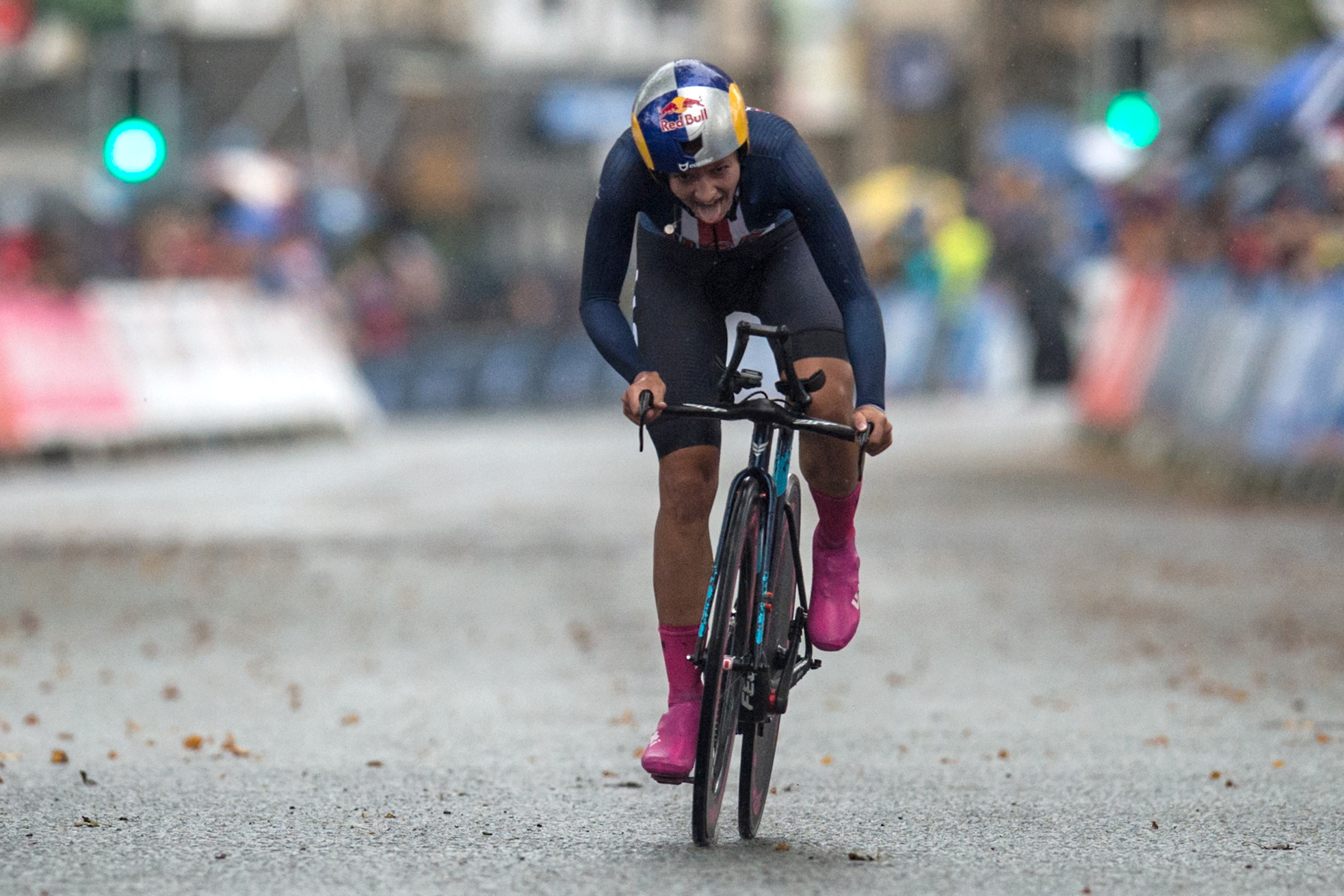 The start of the competition was delayed by organisers, following heavy rain which impacted the men's under-23 race earlier in the day.

Dygert Owen proved unaffected by the conditions, as the 22-year-old American produced a blistering time on the 30.4 kilometre course.

She completed the event in a time of 42 min and 11sec.

The American's victory was never in doubt, with Dygert Owen winning the time trial by the largest margin at a World Championships.

Annemiek Van Vleuten, the two-time defending champion, finished a further 30 seconds behind her team mate to claim the bronze medal.

Dygert Owen's victory marked her continued return to form, following nearly a year out from the sport after a concussion last year.

She also took out the Pan American Games time trial last month in Lima, before winning the Colorado Classic event.

Dygert Owen won the junior time trial and road races at the 2015 World Championships, but has now clinched a senior crown on the road.

Mikkel Bjerg will hope to clinch a senior title in the coming years, with the Danish rider having dominated the men's under-23 title trial event.

Bjerg won his third consecutive gold medal in the age-group competition today, after completing the race in a time of 40:20.42.

United States' Ian Garrison finished 26 seconds behind the winner on a challenging course.

His team mate Brandon McNulty came one second further back to take the bronze medal.

It was a day marred by several crashes due to standing water on the road surface.