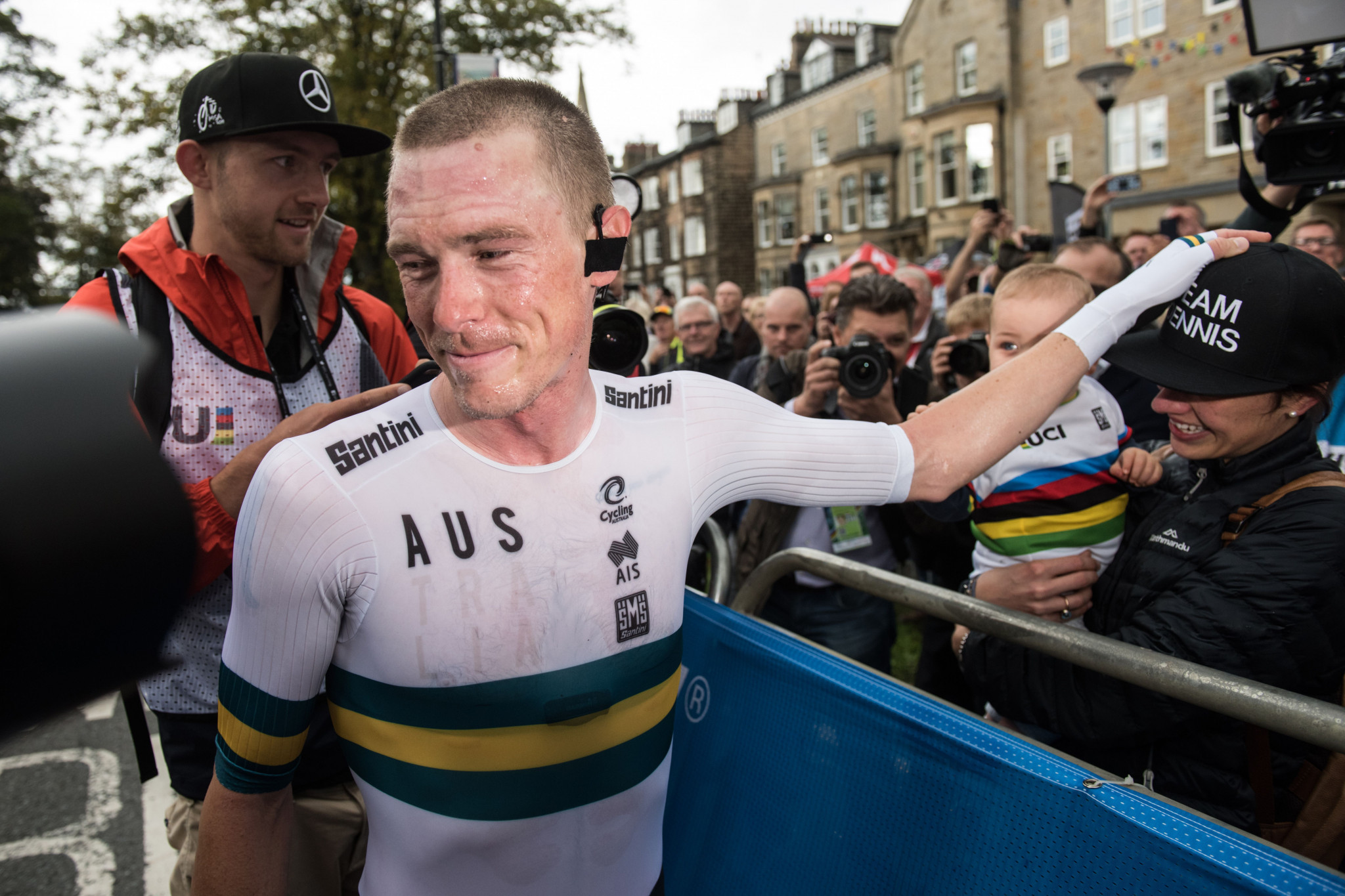 The defending champion’s form was uncertain prior to the event in Harrogate, having not raced since his shock decision to leave the Tour de France mid-race back in July.

Dennis showed no ill effects of his time away from racing as he produced a strong performance on the 54-kilometres course.

He consistently reached the time checks as the fastest rider on the course throughout the event, having been the last to take to the start ramp as last year’s champion.

A comfortable victory was secured when Dennis crossed the line in a winning time of 1 hour 05 min 05 sec.

His nearest challenger proved to be Belgian teenager Remco Evenepoel, who continued to show his vast potential.

The 19-year-old, winner of the junior time trial event last year in Innsbruck, had been the long-term leader of the race.

The recently crowned European champion ultimately had to settle for second place, with Dennis finishing 68 seconds faster than his time of 1:06.13.

The World Championships are due to tomorrow with the junior men’s road race event, which will see the peloton ride 148.1km from Richmond to Harrogate.

The junior women’s and men’s under-23 races are scheduled to take place on Friday (September 27).

Attention will turn to the women’s elite road race the following day before the men’s event take place on Sunday (September 29) to round off the Championships.