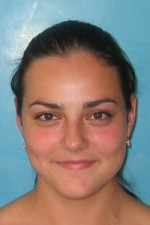 The 25-year-old managed a near-perfect total of 74 out of 75 at the Italian town's Trap Concaverde shooting range.

Home favourite Bacosi is the reigning Olympic champion having triumphed at Rio 2016.

In the women's junior skeet event, Germany's Eva-Tamara Reichert is out in front on a total of 72.

Second place is occupied by Russia's Elizaveta Evgrafova with 71, while Cyprus' Anastasia Eleftheriou and Greece's Emmanouela Katzouraki are third and fourth, respectively, with 70.

The men's senior and junior skeet events are also scheduled to get underway.