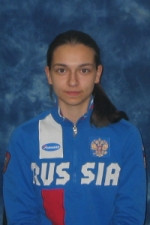 Russia's Daria Semianova was in record-breaking form as she claimed the women's senior trap gold medal at the European Championship Shotgun in Lonato del Garda in Italy.

The 17-year-old managed a total of 45 in the final at the Trap Concaverde shooting range, breaking the world junior record.

In the women's junior trap final, Spain's Mar Molne Magrina prevailed with a total of 39.

Action in Lonato del Garda is due to continue tomorrow.

Medals will be awarded in the men's senior and men's junior trap competitions.