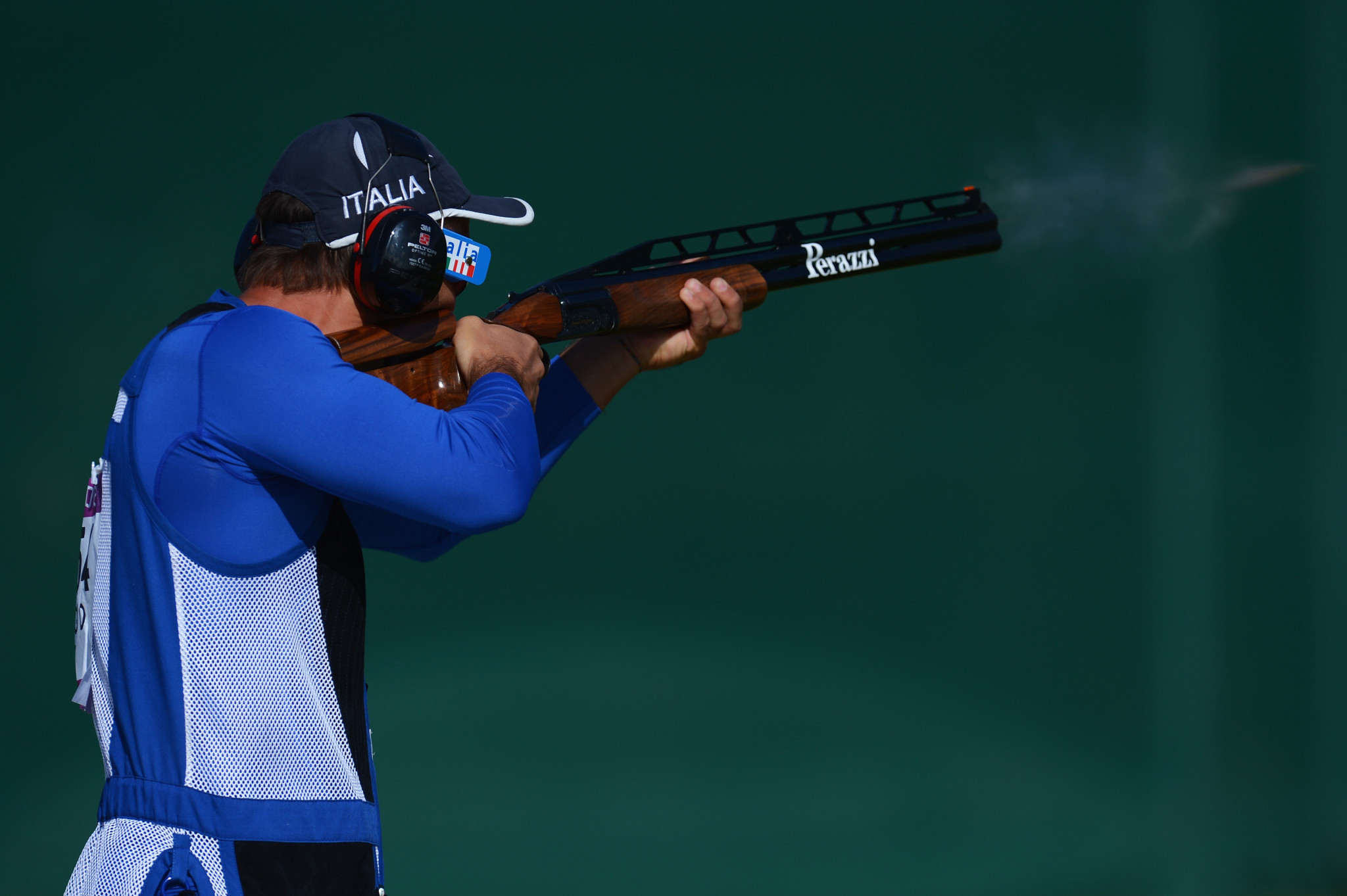 The 44-year-old beat Ignazio Maria Tronca 7-6 in a shoot-off for the gold medal, after both managed a total of 133 at the Trap Concaverde shooting range.

Rounding off the podium was Andrea Vescovi with 128.

There was also success for Italy in the women's double trap competition, with Claudia de Luca coming out on top ahead of compatriot Sofia Maglio.

De Luca finished with a total of 124, while Maglio registered 107.

There were only three shooters competing in the men's junior double trap event, all of which were Italian.

Jacopo Dupre de Foresta prevailed with a total of 128, followed by Marco Carli with 127 and Lorenzo Franquillo on 115.