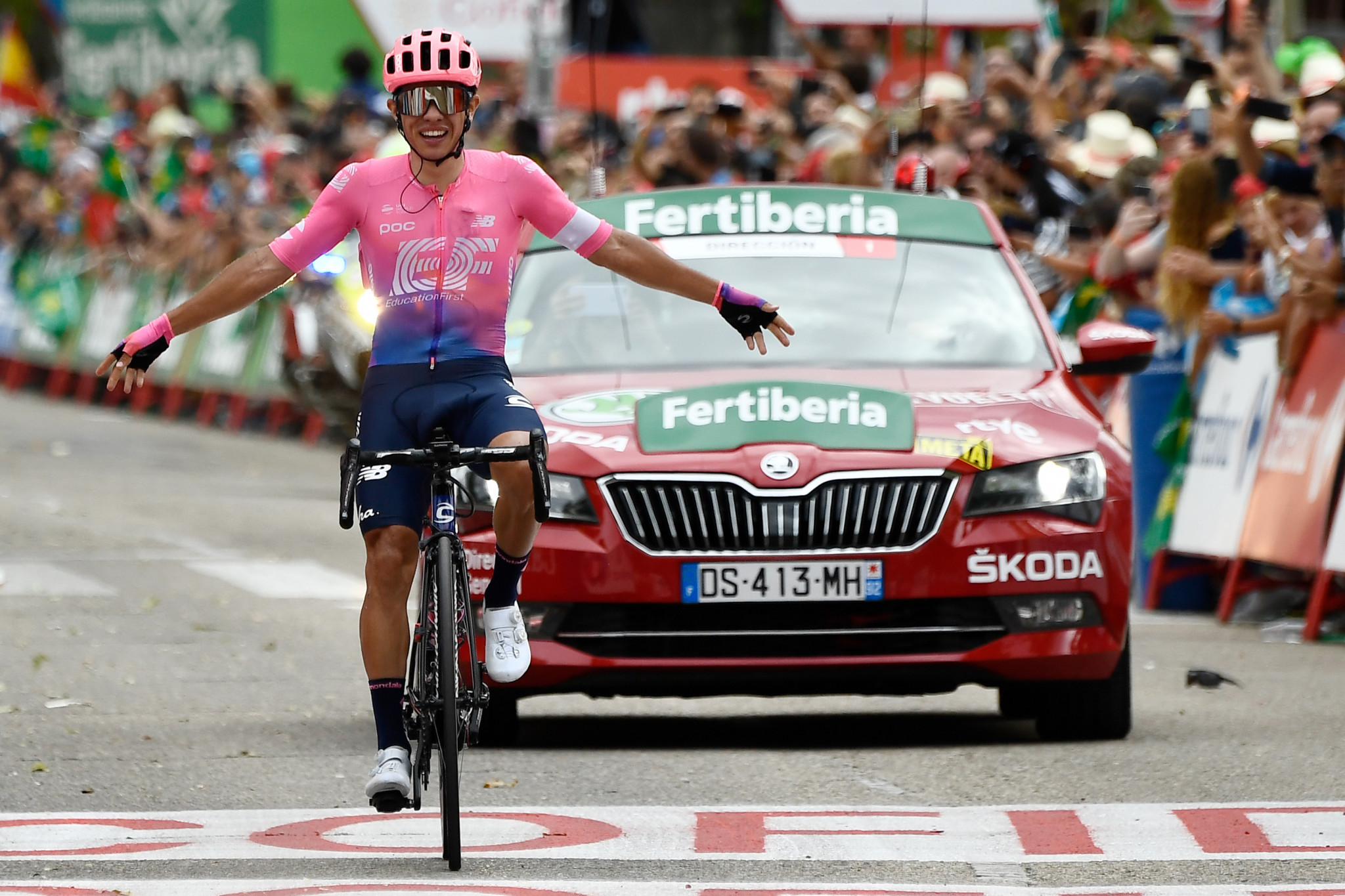 Education First rider Higuita had been part of the early breakaway on the 177.5 kilometres stage and went clear on the penultimate climb up Puerto de la Morcuera.

As the general classification riders closed in on the lead group, the Colombian was the only rider to resist being pulled in, having built a lead over the chasing pack to 1min 30sec.

López attempted to push clear of his rivals but the jostling for position only played into Higuita's hands at the front of the race and he cruised to a first Grand Tour stage victory.

Colombian Nairo Quintana from Movistar was the day's biggest loser as he dropped down to third in the overall standings, coming home more than a minute behind the red jersey group.

Roglič's lead at the top of the standings has stretched to almost three minutes with just one mountain stage to come.