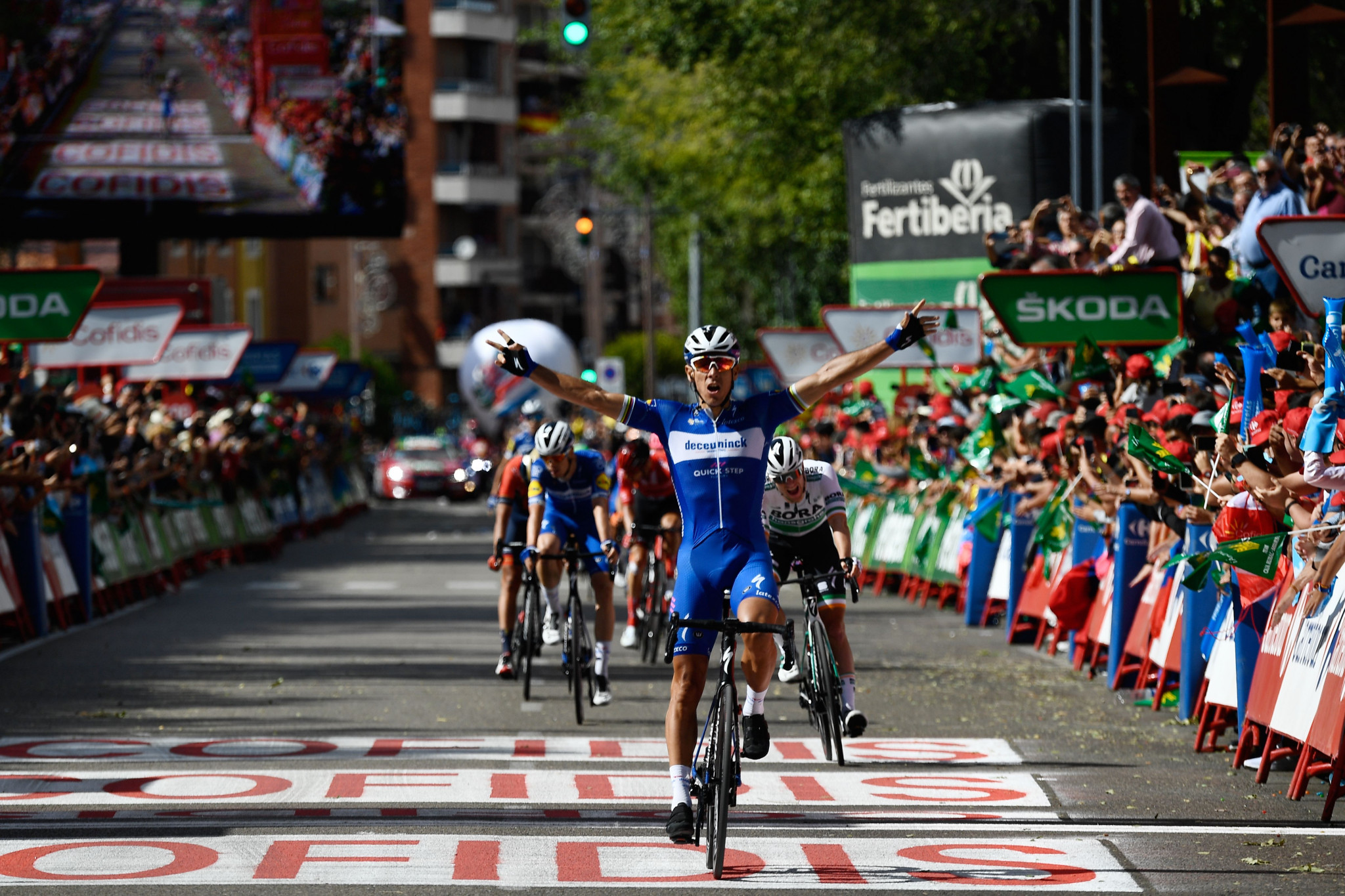 Deceuninck-Quick-Step rider Philippe Gilbert sprinted clear of a breakaway group to claim stage 17 victory in the Vuelta a España, as Slovenian Primož Roglič maintained his general classification lead in Guadalajara.

Belgian Gilbert was one of a group of 47 riders to make a quick getaway, as crosswinds made for testing conditions as the stage departed from Aranda de Duero.

James Knox from Britain was one of six Deceuninck riders in the initial break, alongside general classification contender Nairo Quintana from Colombia and Sunweb rider Wilco Kelderman from The Netherlands.

They forged a lead of 1min 32sec over the peleton after just 20 kilometres.

Race leader Roglič from Jumbo-Visma and the second- and third-placed riders – Spaniard Alejandro Valverde from Movistar and UAE Team Emirates rider Tadej Pogačar from Slovenia – led the peleton's efforts to close the gap, but to no avail.

The lead group continued to decimate as Movistar's Quintana, Knox and Kelderman drove the pace, building a lead of 5:19 with 98km to complete.

The five-minute lead was maintained with 10km to go and it was left for a sprint finish in the closing stages.

Sam Bennett from Bora-Hansgrohe sat in fourth wheel before making a bid for a third stage win in Spain.

Gilbert got the jump on the Irish rider and crossed the line to seal a second stage victory.

The Belgian crossed in 4hrs 20min 15sec, with Bennett two seconds adrift in second and Frenchman Rémi Cavagna of Deuceninck taking third in the same time.

Quintana climbed above Valverde for second in the overall classification, as the Spaniard came home alongside Roglič almost five minutes down the road.

The race continues tomorrow with the 177.5km stage 18 from Colmenar Viejo to Becerril de la Sierra.